We were hired to provide professional design services for the Old Cross Cut Canal - Indian School Road to the Arizona Canal project.

The project consisted of installing a 120-inch-diameter cast-in-place pipe (CIPP) through the Old Cross Cut Canal and a 102-inch-diameter rubber gasketed reinforced concrete pipe (RGRCP) under the Arizona Canal, and constructing a large hydraulic structure. Transitioning flow from the existing Salt River Project structure at the Arizona Canal presented many challenges for our design team. Among the challenges were reducing the velocities from approximately 33 feet per second (fps) to 14 fps while dropping it 13 feet and not creating any backwater. The ultimate solution not only considered the many hydraulic constraints, it also satisfied other project constraints, including preserving high value vegetation and minimizing disruption to traffic and adjacent business operations during construction.

The project area has mature eucalyptus trees, other native trees, and cactus, which contribute to the historic streetscape and unique character of the Arcadia neighborhood. Significant effort was made to ensure that opportunities for preserving this character were identified and implemented.

Our team was able to value engineer the original concept from a double barrel box culvert to two separate storm drain systems. This change alone increased capacity and saved at least $300,000 in construction costs. All these challenges were met under budget while meeting highly accelerated design and construction schedules. The project ultimately provides a stormwater outlet for the Arcadia area, which previously had no substantial outlet for stormwater that backs up on the north side of the Arizona Canal. 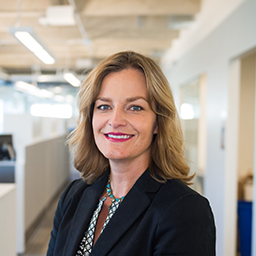