Communities invest in modern infrastructure to provide needed services for their residents and to attract more business to the area. This, in turn, provides jobs, growth, and a higher quality of life for those who live in the community. Ultra-fast Internet service is considered an important part of modern infrastructure.

When ALLO Communications, a Nelnet company that provides TV, phone, and intranet services, announced it was bringing gigabit Internet service to Lincoln, Nebraska, the mayor and many city leaders agreed the new service would be a major improvement for the community. Gigabit service is up to 20 times faster than the fastest residential Internet service that was previously available in Lincoln.

We were chosen to design the fiber backbone for four central offices and for the southeastern quadrant of the city. We also worked with ALLO on the fiber backbone design of the remaining city, the city of Crete, Nebraska, and three lake communities near Ashland, Nebraska.

The fiber has the capability to carry gigabit broadband service to every home and business in Lincoln. The design uses much of the city’s existing conduit, which makes the project more economical for Lincoln. Our fiber design also provides ALLO with thorough documentation of the network, allowing for improved support and maintenance.

In addition, we performed the design using a Geographic Information System (GIS)-based platform. This allows all ALLO’s data to be kept in a live database environment. If ALLO needs to move data within the network, the GIS will automatically plot the most logical route. It also helps ALLO locate breaks in the fiber, allowing the company to minimize network outages.

We have been involved with the project since the planning stages. ALLO’s gigabit service will be available to all residents and businesses in Lincoln by 2019. 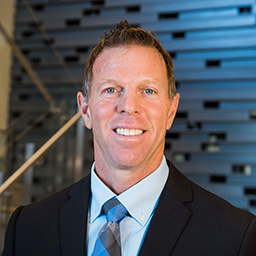