Watertight Dams and Levees Start with the Right Clay

A concentrated seep in a new dam can ruin a dam designer’s day, not to mention the days of people who live downstream.

Water leaking through a small hole or crack in a dam or levee presents a problem by itself, but if the water picks up soil along the way, the problem worsens in a hurry. Soil leaving the sides of the hole or crack allows the water to flow ever faster, and before long, it becomes a pressing concern for local emergency management officials. After all, earth dams and levees are intended to keep water separated from people, homes, businesses, highways, bridges, and other infrastructure. When leaks enlarge themselves by removing soil, people and infrastructure get wet – quickly.

The clay soil behavior that allows easy removal of particles by internally flowing water is called dispersion. Dispersive clay represents just one factor that can lead to dam or levee failure, but fortunately, methods and treatments exist to minimize the impact of dispersion once the clay is identified. The existence of dispersive clays has been recognized by the geotechnical engineering community only since the 1970’s. 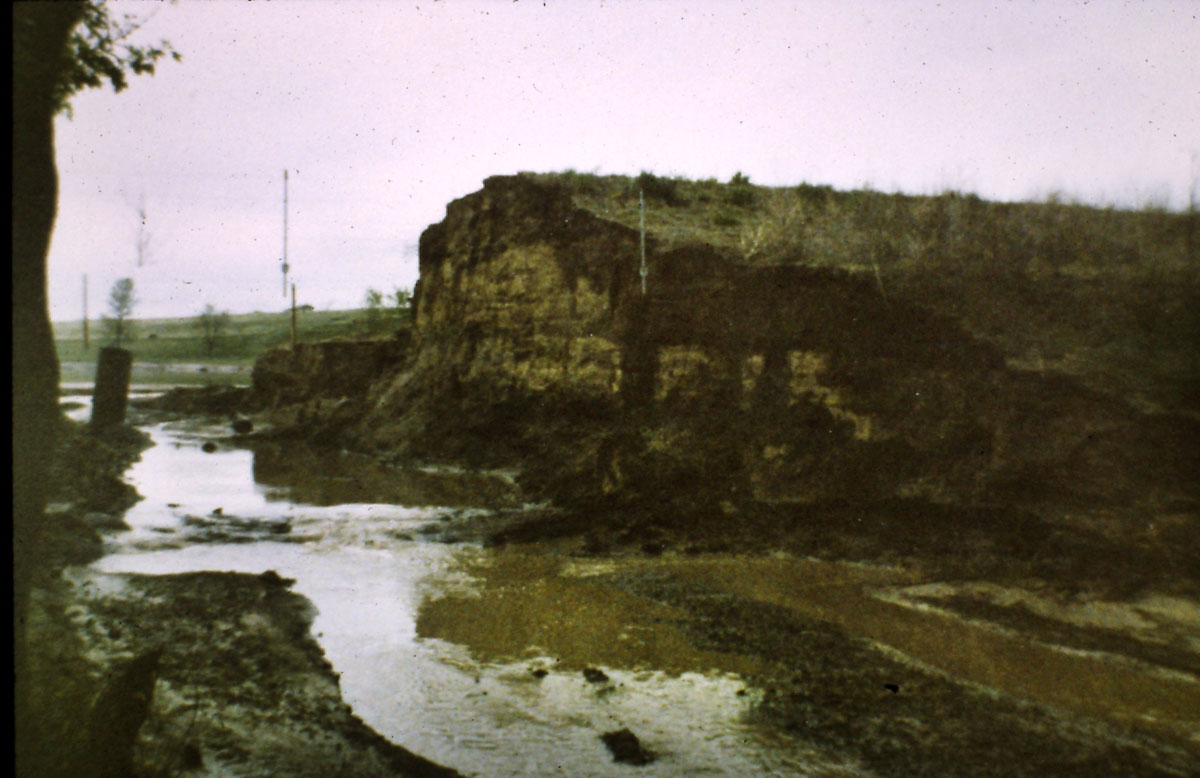 As a geotechnical engineer who has conducted failure investigations, I have seen the impact of dispersive soils first-hand numerous times. In addition, I have extensive experience with the testing used to detect the presence of dispersive soil. I was a member of the team that developed what’s called the Pinhole Dispersion Test, and I co-authored the standard for the test, ASTM D 4647.

Before the pinhole test is used, however, an initial testing method called the crumb test, ASTM D 6572, is used for screening. In this test, a marble-sized crumb of soil is placed in distilled water. A large, obvious cloud of soil particles spreading out from the soil lump over time shows the soil is probably dispersive.

Once identified as potentially dispersive, the soil undergoes further evaluation with the pinhole test. Here the degree of dispersiveness is measured by modeling. A 1-mm hole in compacted clay is subjected to successively higher flow rates of water until the hole blows open. The water color, head, and flow rate at blowout show the soil’s relative resistance to dispersive failure.

Dispersive clays have been found in every state west of the Mississippi River except Washington, Oregon, and Minnesota. They can be treated by exclusion from embankments, by covering with non-dispersive soil, or by the addition of chemicals such as hydrated lime, Type C flyash, or alum.

Clay dispersiveness is evaluated for every water retention embankment investigated or designed by Olsson.