Students from several universities got a taste of collaborative brainstorming recently when they participated in a Student Design Charrette hosted by the Olsson Studio, in Kansas City, Missouri.

The students gathered in early January to reimagine and revive Martin Luther King Jr. Square Park and Swope Parkway in Kansas City. Students also were challenged to reflect the importance of the civil rights movement and the cultural identity of the corridor along Brush Creek, which runs through the park and adjacent to the parkway.

During the charrette, students worked together to process and analyze large amounts of information, which allowed them to develop a plan to address a diverse range of site issues. Students from the University of Kansas, Iowa State University, and the University of Nebraska-Lincoln participated.

“The students that we had in were all great,” said Korey Schulz, team leader at the Olsson Studio. “They jumped in and immediately started to work as a team and envision the future of the MLK Jr. Park.” 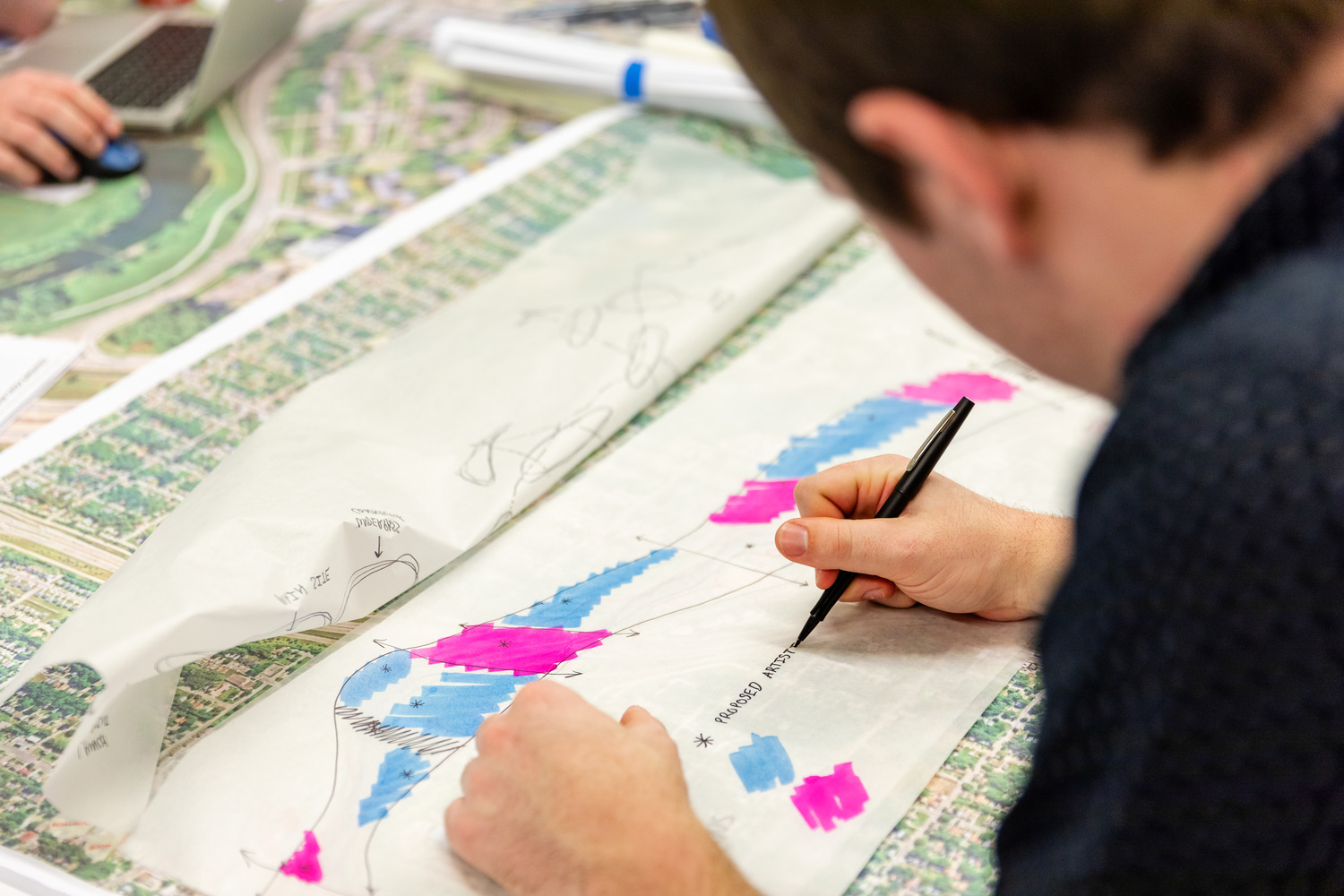 The event also gave students the opportunity to interact with professionals from Kansas City Parks and Recreation, The Enshriners, and other experts closely involved in the restoration of MLK Jr. Park and Brush Creek. Among the attendees:

On the first day, the students were given background on the project sites and current issues affecting the area. They were then provided time to collaborate and draw initial concepts for the park, as well as how the site could be better connected to other areas along the Swope Parkway corridor.

The students made a site visit on the second day, which allowed them to get a feel for the park and to gain a clearer understanding of the spatial relationships along Brush Creek. They spent the rest of the day refining their concept ideas and solidifying program elements. Professional staff from the Olsson Studio provided mentoring and guidance. 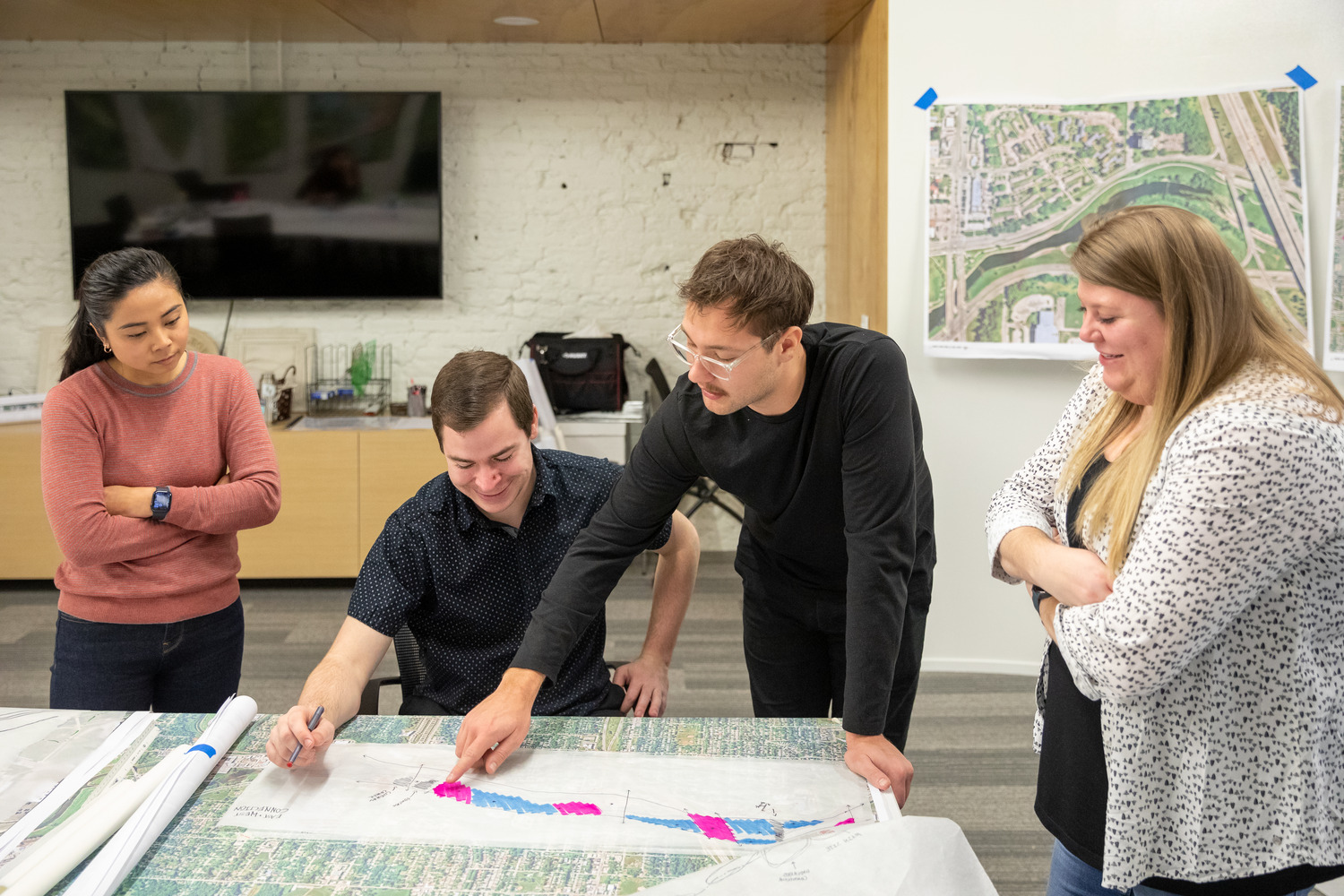 The morning of the third day was spent adding final touches to their presentation and finishing up graphics to present their final design to the Olsson Studio staff and guest reviewers.

The Olsson Studio hopes to use the successful event as the first step to build a new internship program.

“We want to do more than what typical internships provide,” Korey Schulz said. “As students expect more, we’ll set our standards high to meet that demand.”