Jenni Shukert, business development specialist at Olsson and based in Omaha, has a heart for giving back to the community she works and lives in, but her love for Girls, Inc. is on a higher level.

Girls, Inc. is a nationwide organization that strives to inspire all girls to be strong, smart, and bold. It provides after school programming for girls ages 6 to 18 to help them become self-sufficient and independent, ranging from STEM (science, technology, engineering, and math) to financial literacy and workforce training. The girls in the program are mostly referred through school counselors and their peers.

Jenni initially learned about Girls, Inc. from her husband, who was working at an architecture firm in Omaha that had people engaged and volunteering for the organization for several years.

“Through this connection, I went to my first Girls, Inc. annual meeting and heard Roberta Wilhelm, the executive director, speak,” she said. “I heard her and thought I have to get to know her and get involved.” 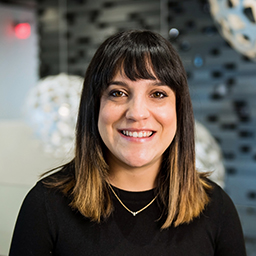 At the time, Girls, Inc. was getting ready to expand its north Omaha center and Jenni's husband was the lead designer on the project. Eventually Jenni joined that firm and started chairing one of Girls, Inc.’s annual fundraisers. She then was nominated to the board of directors, where she served for four years before becoming the president this year.

“I just fell head over heels for Girls, Inc.,” she said.

But little did she know her involvement on the board would lead her to Olsson. When she was first appointed to the board, the wife of Scott Tricker, a member of Olsson's business development team, was the president and introduced Jenni to Scott at an annual meeting. The rest is history, and now Jenni has been with Olsson for two years.

Although the organization helps countless girls, there is a gap in services when girls age out at 18.

“When girls are arguably most vulnerable, there’s little nonprofit programming there for them,” Jenni said.

That’s where the idea of opening Protégé House began to take on a life of its own.

According to Jenni, a donor stepped up to help Girls, Inc. purchase an old monastery to be renovated into a sanctuary for young women to get on their feet after high school. A ribbon cutting ceremony was held in April 2019 to mark the opening of the facility.

Young women who live in the house are not charged rent but pay for the programming they receive. It’s set up is similar to a sorority with a house mom. Girls must be working or attending some form of higher education to participate in the program.

“This facility gives the girls in our community who need the most help a place to further their education before entering the real world,” Jenni said. “It’s a great support system that they have there.”

While being on the board doesn’t put Jenni in touch with the girls very often, the interactions she does get reinforces her involvement with the organization tenfold.

“Every time I interact with the girls, I’m always so amazed by the challenges they face, since most of them come from tough households,” she said. “They can accomplish so much through Girls, Inc. Hearing their stories is why I’m involved. Girls, Inc. is changing lives.”