The City of Shawnee Kansas has transformed one of its main thoroughfares into a transportation and economic gateway for a community on the rise.

The Nieman Road corridor between Shawnee Mission Parkway and 55th Street has been revitalized by approximately $38 million in public and private investment. Olsson helped our longtime municipal partner develop a multi-phase strategy to improve the look and function of the corridor.

A key section of the street has been narrowed to two primary lanes with a middle turning lane, which invites motorists to slow down and take in the surroundings. Utility poles have disappeared because powerlines now run underground. Pocket parks, a pedestrian bridge, a paved recreational trail, and a wider, newly paved sidewalk encourage people to trade their vehicles for bicycles and walking shoes. 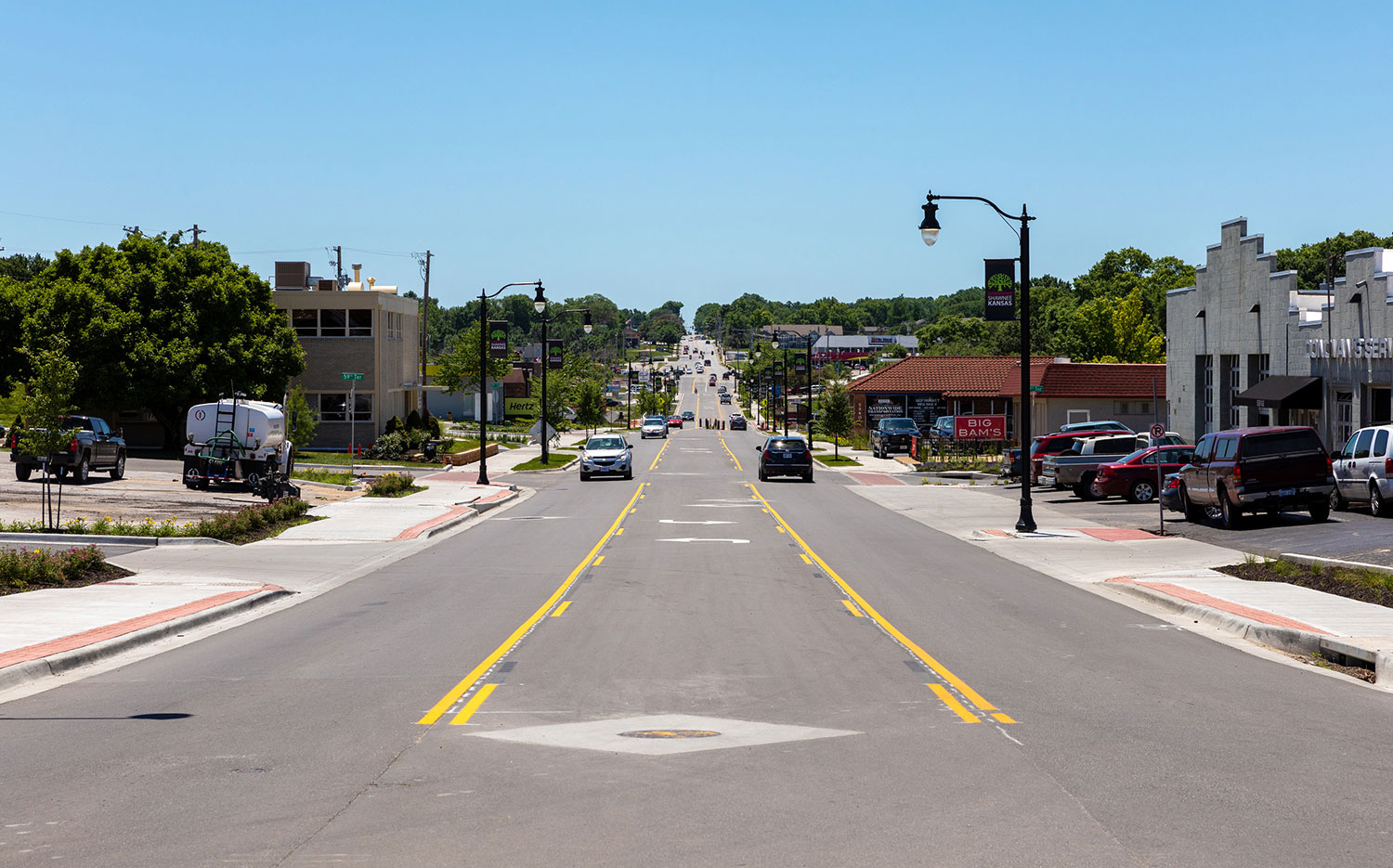 Remaking the Nieman Road corridor, however, involved much more than aesthetics. For decades, flooding discouraged development and left nearby property owners on edge every time a heavy rain fell. Storm drainage issues had to be addressed before a comprehensive remake of the corridor could take place.

The City of Shawnee, which Olsson has partnered with for more than 15 years, chose us to complete preliminary engineering studies with the goal of solving the stormwater problems. We proposed phasing our solutions into southern, middle, and northern sections along the corridor.

With a comprehensive team devoted to the Nieman Road project, we completed the crucial design phase in half the time allotted by the city. Olsson’s studies proved critical in giving elected officials the confidence to proceed with the project.

We set the stage for the city to realize its vision and then worked collaboratively through design and construction to accommodate changes as the project progressed. Our engineers took the unexpected in stride, including a request to adjust the path of the stormwater channel and create space for what would become a new office development.

The stormwater solution emerged as the foundation of the project. Olsson designed a rectangular channel lined with concrete and decorative stone block so that it reduced the flooding risk while also improving the appearance. We also engineered a network of culverts, channel transitions, and grading to further reduce the size of the floodplain.

We designed roadways, the recreational trail, and a pedestrian bridge. And we provided a variety of construction-related services for the new Nieman Road. 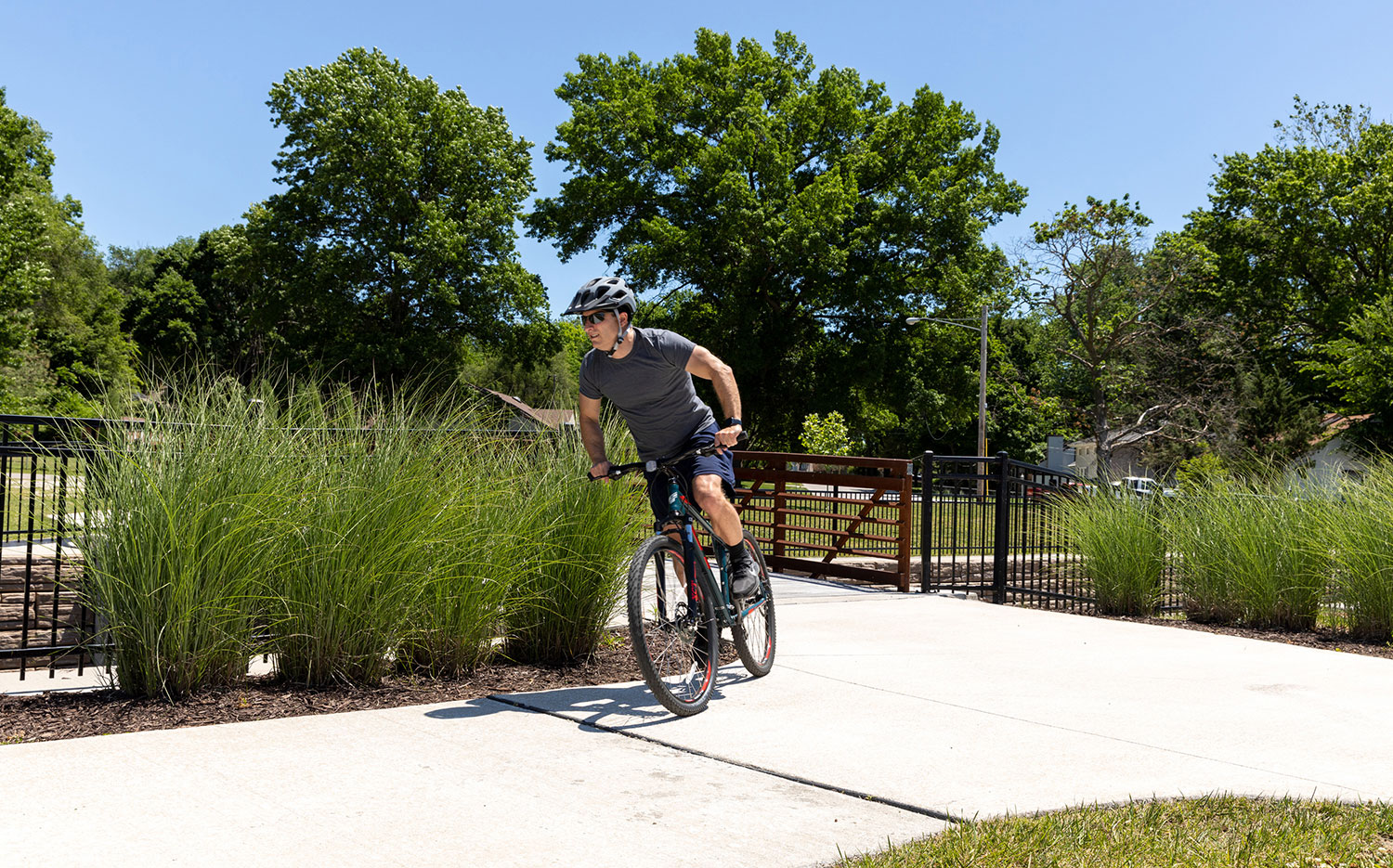 Other services provided by Olsson included survey, hydraulic design, landscape architecture, utility relocation, geotechnical analysis, environmental permitting, and construction oversight. In addition, our firm assisted with easement preparation, acquisition, and demolition of 12 structures in the floodplain. We provided extensive coordination with business owners and utility providers, while accompanying city officials on face-to-face meetings with every landowner adjacent to the project.

As crews put finishing touches on the project earlier this year, nearly 30 properties and two roadways had been removed from the 100-year floodplain. The urban streamway has tamed storm runoff while at the same time loosening the reins that long held back land development – the city has seen millions of dollars invested in a new mixed-use office building and high-end apartment complex.

At roughly the same time the project was winding down, a national real estate website ranked Shawnee as one of the five hottest housing markets in the country, noting that nearly half the city’s new homeowners are millennials.

The ranking underscored that Shawnee truly is a place to drive to rather than pass through. And that’s a message Neiman Road now helps to bring home. 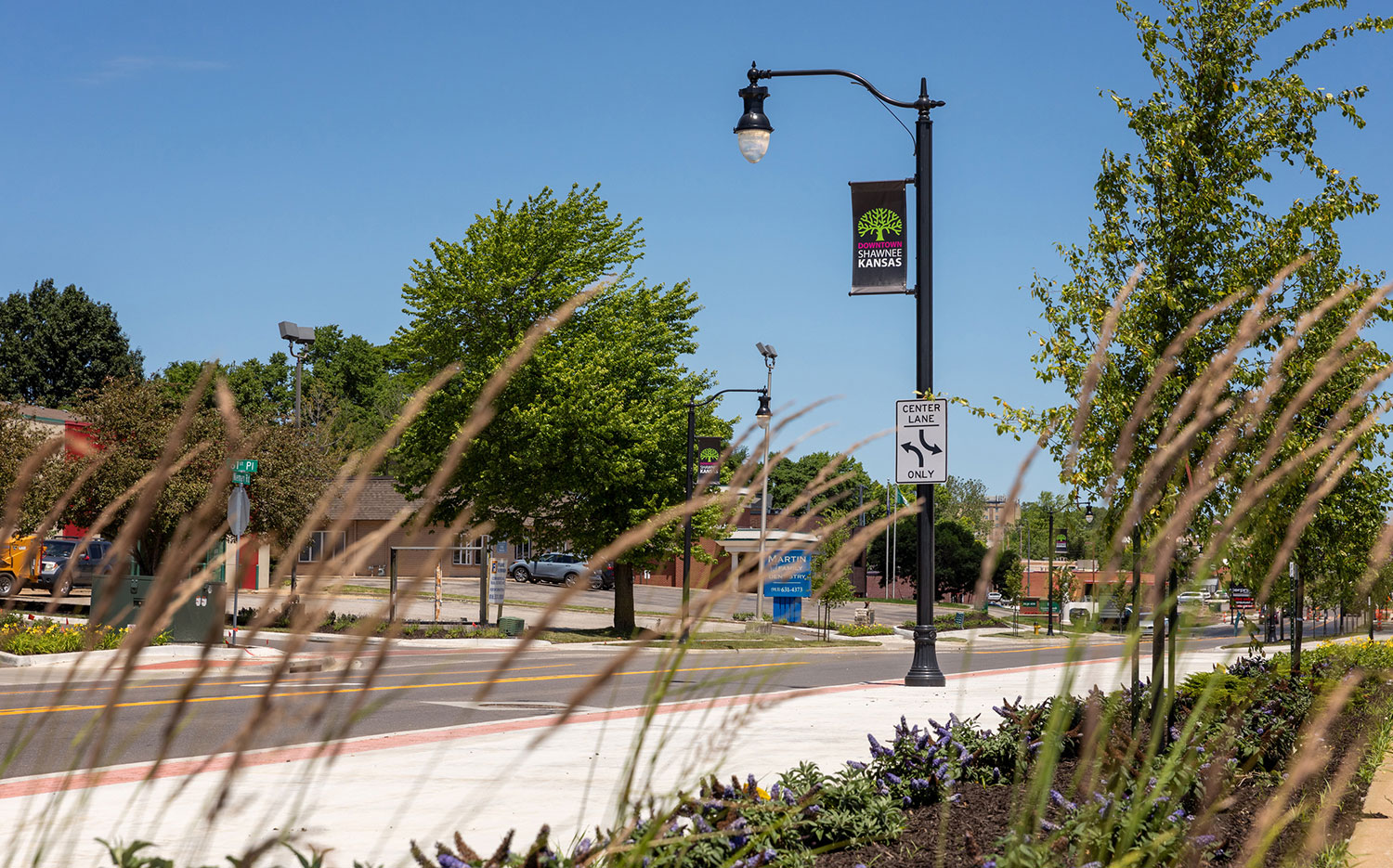