Precision scheduled railroading, or PSR as it’s known in the industry, changed how railroad companies think about moving goods across their networks of tracks.

The focus of railroading used to be all about the train. The train didn’t move until it had reached a certain length, even if that meant individual cars would sit idle in railyards for days before moving on to their destination.

Because of PSR strategies, at many railroads the focus has shifted from prioritizing the length of the train to prioritizing moving each car as much as possible.

“Before PSR, we’d wait until we had a large number of shipping containers headed to one place before we’d send a train,” said Diane Jones, director of project design for UPRR. “After Santa Teresa, we can send a smaller cut of cars, whether it was one or five or 10, rather than clogging up the yards waiting to meet some threshold.”

UPRR reached out to Olsson to design the expansion of STIR. The project had a quick turnaround to assist with its PSR goals as quickly as possible.

The urgency of the STIR block swap expansion had to do with its strategic position along the UPRR network. The intermodal ramp at Santa Teresa is about 700 miles east of the ports in Los Angeles and Long Beach, California, and it needed more space to add cars to trains arriving from different cities before sending them to the ports.

Think of STIR as UPRR’s version of Chicago’s O’Hare Airport. 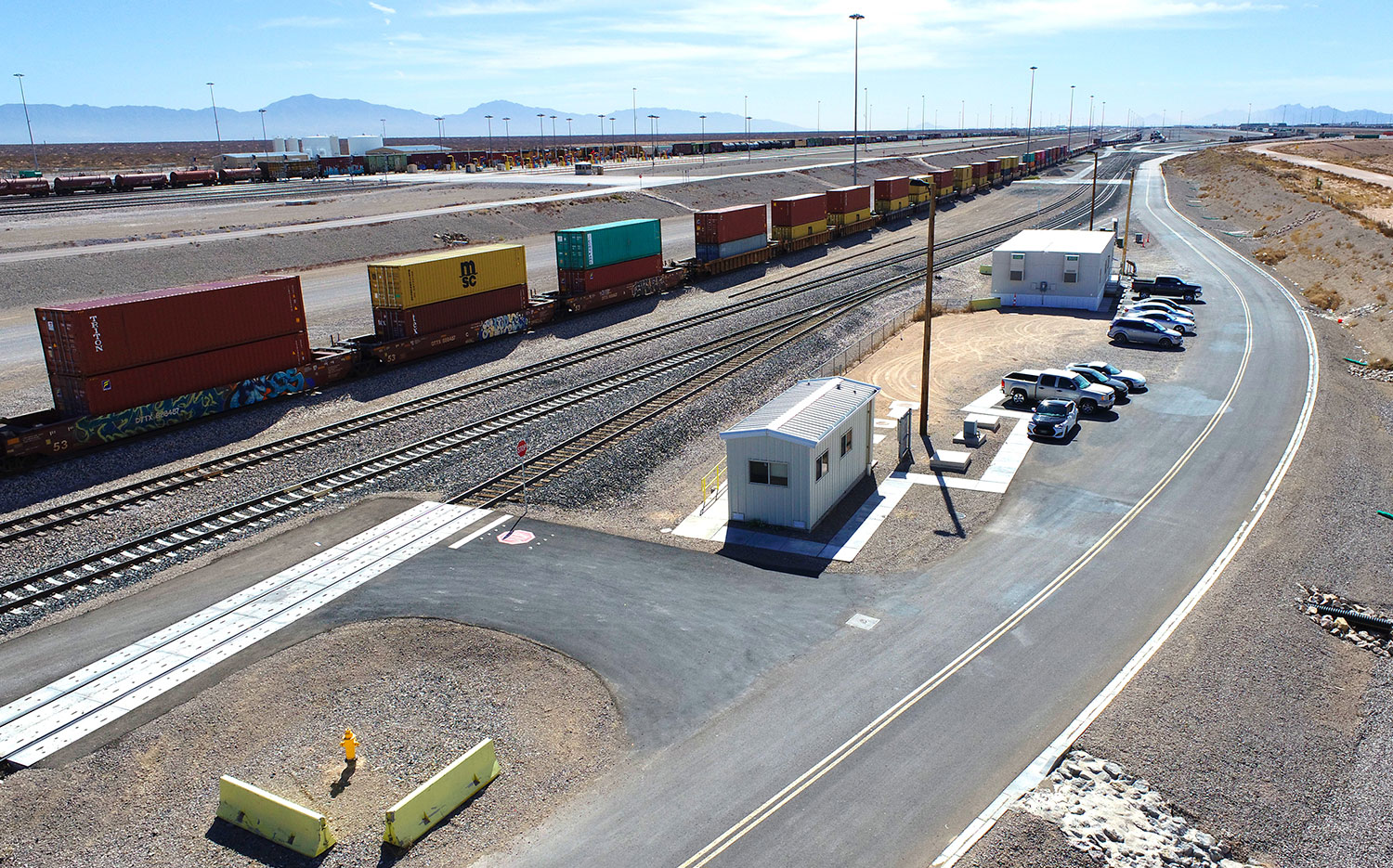 UPRR developed conceptual design for an expanded block swap yard at STIR in 2012, but expansion was put on hold. When UPRR unveiled its Unified Plan 2020 in late 2018, suddenly the expansion became priority number one.

And when Ryan says immediately, he means the very next day.

Diane called Ryan on a Friday afternoon to let him know the project was moving forward and that it was of major importance. The next day, she met with the Olsson rail design team to discuss the project scope. Meanwhile, Olsson surveyors were preparing to mobilize to the project site and begin topographic and top-of-rail survey the following Monday.

“The project was kind of ever-evolving during the design process; even through construction we made changes to the design,” Diane said. “Time was critical, and that’s PSR.”

Members of the design team worked seven days a week for more than two months to get the project ready to bid. We had to maneuver a few curveballs thrown our way to make it all happen. That’s what happens when the design work isn’t finished before the project begins.

Fortunately, we’re known for hitting curveballs out of the park.

Here’s an example. After designing the engine-ready track, the project team discovered that the yard’s main roadway would no longer fit adjacent to the new track. It had to be relocated to the south and looped around an existing yard office building.

“Once we noticed the main yard roadway needed to move, to be honest, I remember that work being fun,” Ryan said. “We set the new road alignment and quickly developed a full set of plans for the realignment.”

Another factor in the overall project schedule was how quickly materials could be procured. With the scope of the project changing, procurement and constructability were key components to completing the project on time.

“Something with this fast of a timeline, our traditional means and methods of constructing a railyard are not always the quickest,” Diane said. “For example, Olsson redesigned the yard three or four times with different types of rail ties to meet what we thought we could procure and build fastest.”

Traditional rail ties can be made of several materials including wood, concrete, plastic, and steel. For a project like Santa Teresa, under a normal timeframe UPRR would typically use wood ties. Because of the accelerated schedule, tie materials were adjusted midproject to speed up procurement and construction.

“We started out by using wood ties for the entire project, but procurement time quickly became an issue,” Diane said. “We couldn’t get enough preplated wood ties in the timeframe we needed. What we ended up doing was essentially building the turnouts and yard leads with wood ties and for the rest of the project using concrete ties. Ultimately, that decision came down to speed, what we could use, and what we could get and when we could get it.”

“There were days when Olsson was talking with my team more than once a day,” Diane said. “That’s what we needed from Olsson, someone who was capable of taking the lead, making decisions, and identifying when UPRR needed to be involved in those decisions. And when that happened, they didn’t just bring us questions but the solutions, too.”

Ragnar Benson Construction was selected as the project’s contractor. Construction started in July 2019, and work on the new tracks began in late August. All tracks in the yard were opened to trains in December 2019, nine months after the approval of the 10 percent design. In total, 32 switches were constructed, 73,165 feet of new track were added to support the expanded lock swap operation, and 81,300 square yards of new roadway or access road paving was poured.

The quick turnaround has enabled UPRR to build longer trains at STIR bound for the west coast ports. This strategy has also cut down the amount of time cars sit idle in railyards across the UPRR network.

Precisely what UPRR asked us to deliver.