Attending a city council meeting on behalf of Olsson ignited an unexpected endeavor for senior surveyor Doug Stevenson, who also serves as the firm’s Holdrege, Nebraska, office manager. During the meeting nearly two years ago, Doug heard of an idea to create the Holdrege Veterans Memorial. Doug has generations of veterans in his family and the idea moved him to act.

Olsson’s value of community is deep in our roots and Doug shares these same values. He is an avid volunteer and nearly three-decade resident of Holdrege. So, it was no surprise when he joined a volunteer committee of community members and veterans to create the memorial.

The city, with a population of nearly 6,000, needed to conquer what seemed like an uphill battle. It needed to acquire funding, materials, and expertise to make the memorial a reality. Doug was ready to use his Olsson background to help with design, construction, and landscaping.

Last week, Holdrege’s Veterans Memorial opened on Veterans Day. There was an official dedication and ribbon-cutting by the Holdrege Area Chamber of Commerce, with words from Nebraska Governor Pete Ricketts. The ceremony included patriotic songs, a presentation of colors, the laying of a wreath, and a rifle salute.

“The dedication was not taken lightly, and we were excited to respect and honor our veterans through the ceremony and memorial,” Doug said. 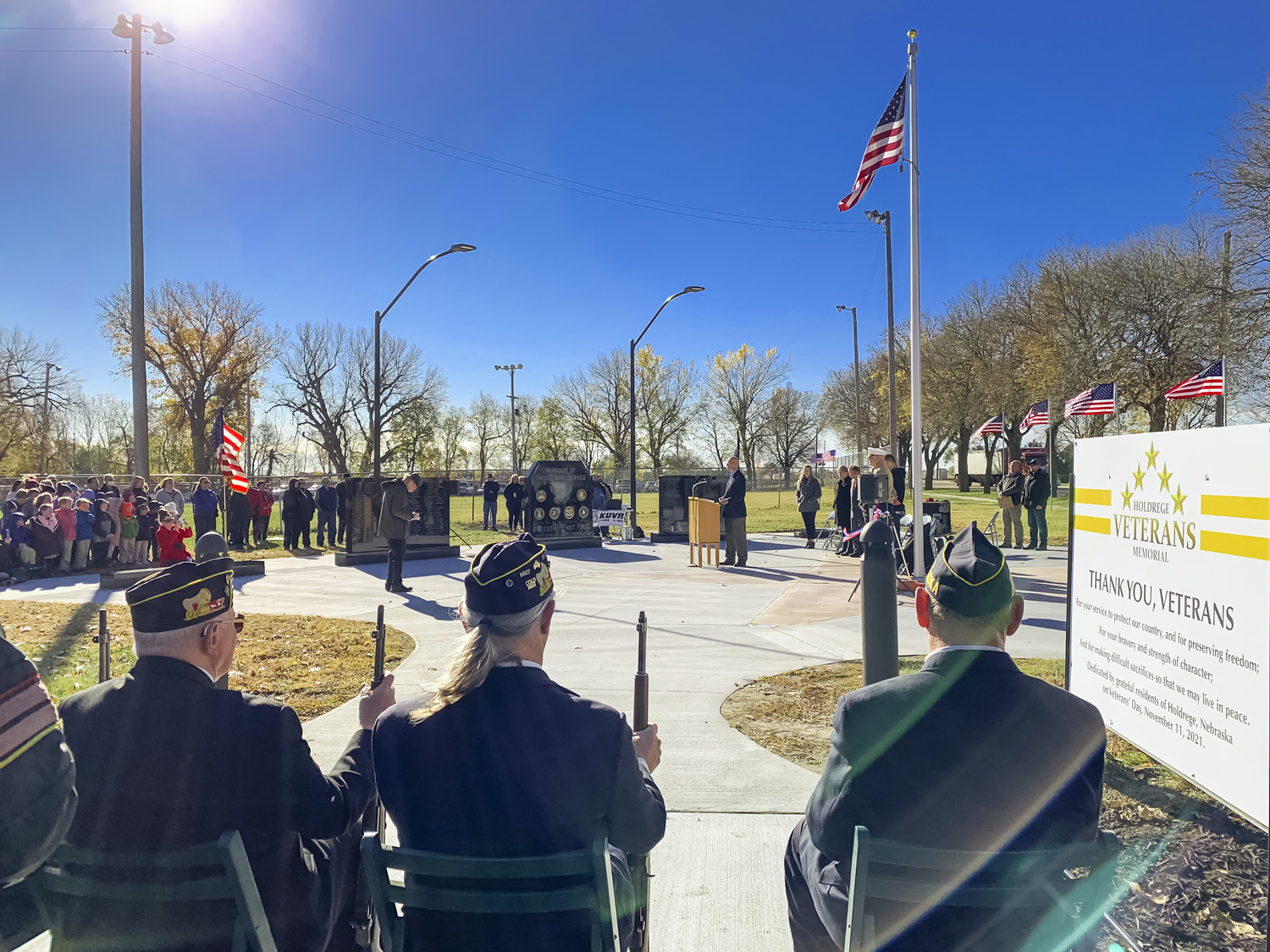 Currently, the memorial consists of three large tablets that will have the engraved names of about 500 veterans from the Phelps County area. More names will be added every year with space for 900 total. The memorial will also include a very special name for Doug: his father, who served in the Army.

“We all know people who have served, and we wanted to honor veterans in a special way,” Doug said. “This was important to my family and my dad was very excited when he found out.”

The committee overcame challenges like worldwide shipping delays to receive materials in time to make the dedication happen. It’s also no small feat that the committee doubled its initial $200,000 fundraising goal for phase one of the memorial.

“It’s pretty impressive for a small community like ours to raise those kinds of funds,” Doug said. “The community really bought into it. We’re a midwestern town and the roots are deep and we’re proud of our veterans.”

With the additional funds, the committee plans to add patriotic bronze sculptures or aircraft displays at the memorial’s entrance. The memorial is located at Veterans Park (formerly South Park) in Holdrege.

Volunteerism is an important part of our culture at Olsson and we’re thankful for employees like Doug who make a difference in the communities we serve.