City of Richmond Views Olsson as a Trusted Advisor

As part of addressing wastewater issues for the City of Richmond, Missouri, Olsson discovered capacity problems with the 210 Lift Station and recommended replacing it even though it wasn’t near the end of its life span.

The 210 Lift Station was built in the 1970s and was a “canned” type lift station, so most of its electrical components were in danger of being exposed to water when a problem arose. So, in 2019, a few years after the city’s new wastewater treatment facility was constructed, city officials decided to look at a long-term solution. After much study, Olsson staff recommended replacing the current lift station with a cast-in-place concrete lift station with triplex submersible pumps and variable frequency drives.

With plans in place, the project was bid, and the city awarded the project to build the new lift station to a contractor. But a few days after the contract was signed, a major problem cropped up. The existing lift station started to fail with water running out of the top of the dry well.

City officials quickly sent a video to Olsson, and our team of wastewater engineers diagnosed the problem and started working with the contractor to line up a temporary pumping system. Within hours, we provided the city with specific information on the size of piping needed to keep the lift station online while its replacement was being built.

Thanks to Olsson’s quick thinking, the lift station held, and about six months later, the new one went online.

“Thankfully, the people we work with trust us, so they immediately called us and we were able to go right to work and find a way to help them deal with the emergency,” said Mike Milius, subject matter expert for Olsson’s Water practice.

The new lift station included piping improvements with a magnetic flow meter on the discharge line and a new emergency generator. 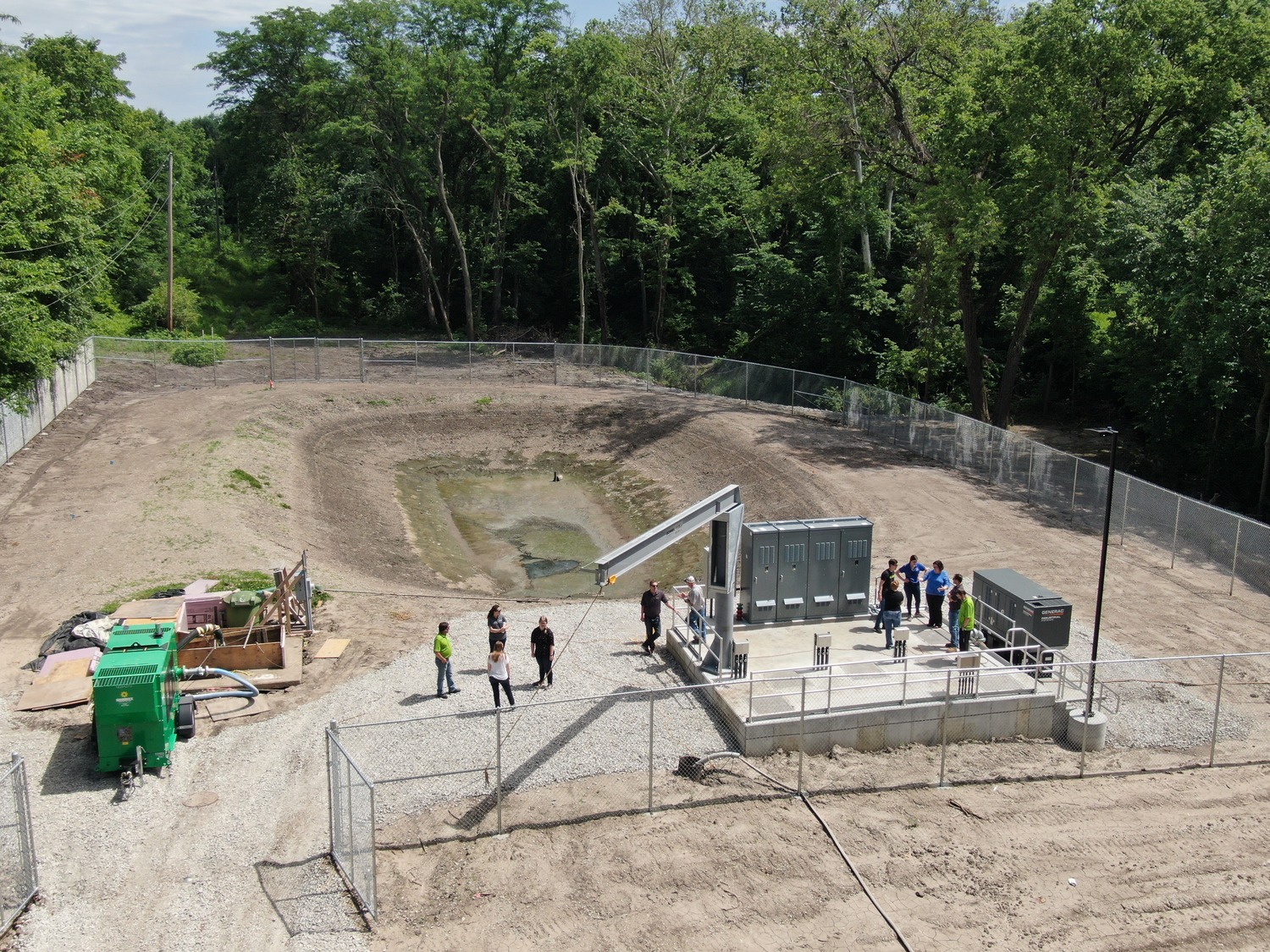 We provided all survey, geotechnical, design, construction administration and observation, and Supervisory control and data acquisition (SCADA) configuration and programming services for the project.

Richmond city officials never hesitate to reach out to Olsson for advice. Olsson has worked with the city for more than 10 years and is now seen as a trusted advisor.

“We really like working with Olsson,” said Dale Shipp, utility superintendent for the City of Richmond’s Public Works Department. “If something is going on and we need someone to bounce off some information, it’s nice to reach out to Olsson. They always respond quickly and give us ideas to help us solve whatever issue we’re facing.”

Olsson first started working with the city in 2009 on a project to replace one of the city’s wastewater treatment facilities. The city tapped Olsson to complete a wastewater facility plan for its south treatment plant, and it quickly expanded to cover items at the north plant and inflow and infiltration issues in the collection system.

Changes were needed to help the city keep and attract new business.

“Our old treatment plant was maxed out as far as being able to connect areas to the wastewater treatment plant,” said Tonya Willim, Richmond city administrator, who served as city clerk during the project. “We were at a point that we weren’t able to bring in new business in the south part of town because we couldn’t connect into the system. Building the new plant allowed Richmond to actually grow.”

The initial plan Olsson developed was to be complete improvements in three phases: the north plant, the south plant, and the collection system to address inflow and infiltration issues.

But the project hit a snag. The city’s funding was suddenly withdrawn.

What would have killed most projects turned into a minor speedbump in Olsson’s hands.

Our Kansas City Water/Wastewater team used the delay as an opportunity to look for better, more efficient solutions. Rather than improve two facilities, the team came up with a plan to combine them into one facility at the south plant and use the north plant as a collections point. 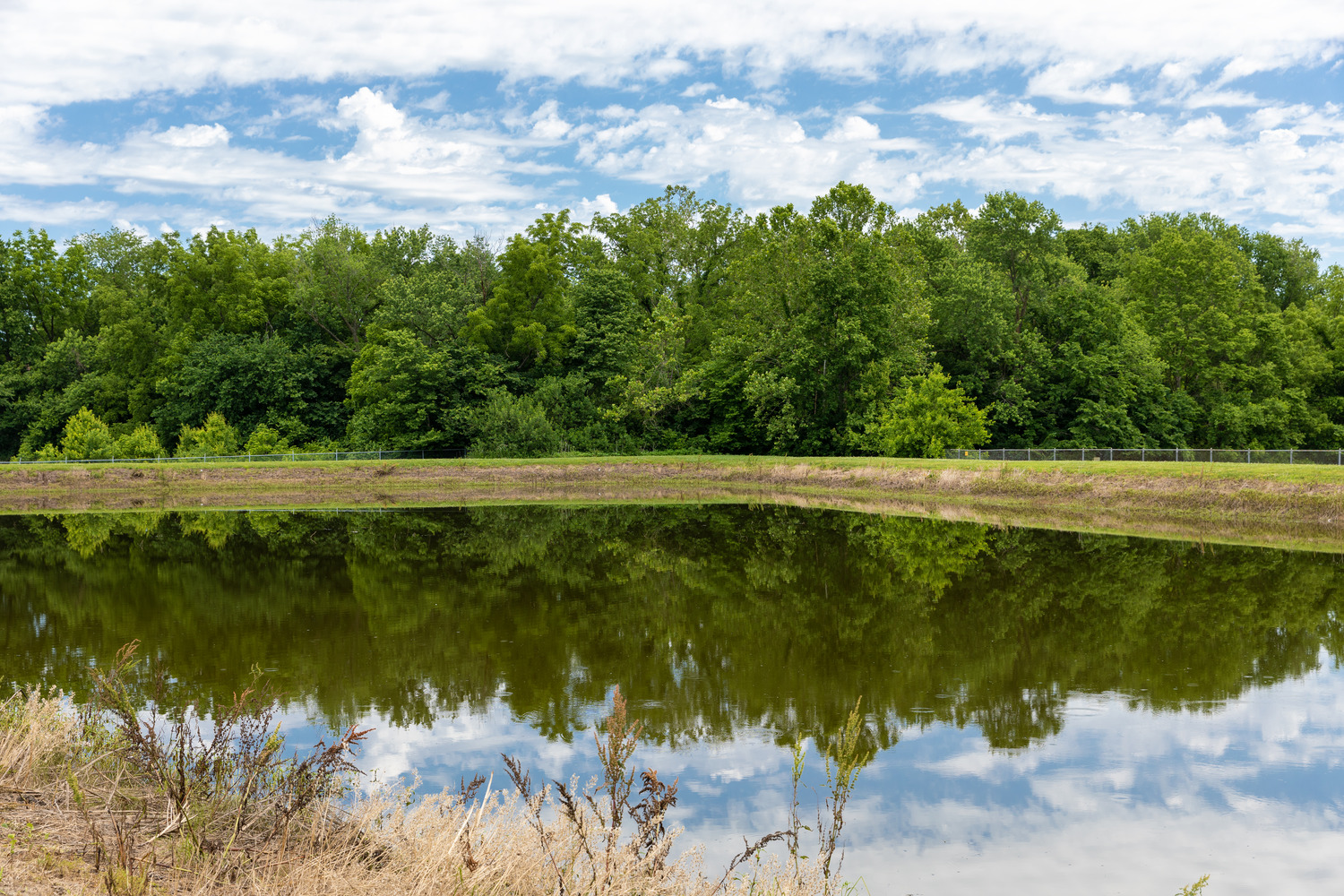 A basin that is part of Richmond's Wastewater Treatment facility.

At first, it was not an easy sell.

To say the plant operator at the time was skeptical is an understatement.

“That process had somewhat of a bad reputation in Missouri and Kansas, so when I told the plant operator what we wanted to look at, he looked at me and said, ‘There ain’t no way,’” said Mike, who managed the project for Olsson. “I just said, ‘Before you say no, let’s go look at a couple.’ So, we went and looked at a couple of facilities and I had him talk to the operators. Within 24 hours, his thinking completely changed – he wanted the new plant, and he grabbed that thing like it was his baby.”

From the north, wastewater now travels through a new pump station with bar screen and a 14-inch force main for about 15,500 linear feet to the south plant.

The revised project was funded through a bond issue, a U.S. Department of Agriculture Rural Development loan, and Community Development Block Grant funding. The plant was completed in 2014.

And, Tonya says, it works better than advertised.

“When you’re trying to build an $11.4 million plant, there’s a lot to consider down to the functionality for the operators,” she said. “What impressed me about Olsson was everyone took the time to get to know us and figure out what was needed and what would work. They provided a lot of options for us to consider and they took us on field trips to show how the system would work and gave our operators a chance to talk to people about running those types of plants. That really stood out to our team.”

Olsson designed another lift station for the city (that flows to the 210 Lift Station) and is in the process of designing the Hill Street Lift Station. The firm helped design a new park and multiple hiking and biking trails, and our Kansas City Water Resources team worked on a stormwater project to reduce flooding on a main street. 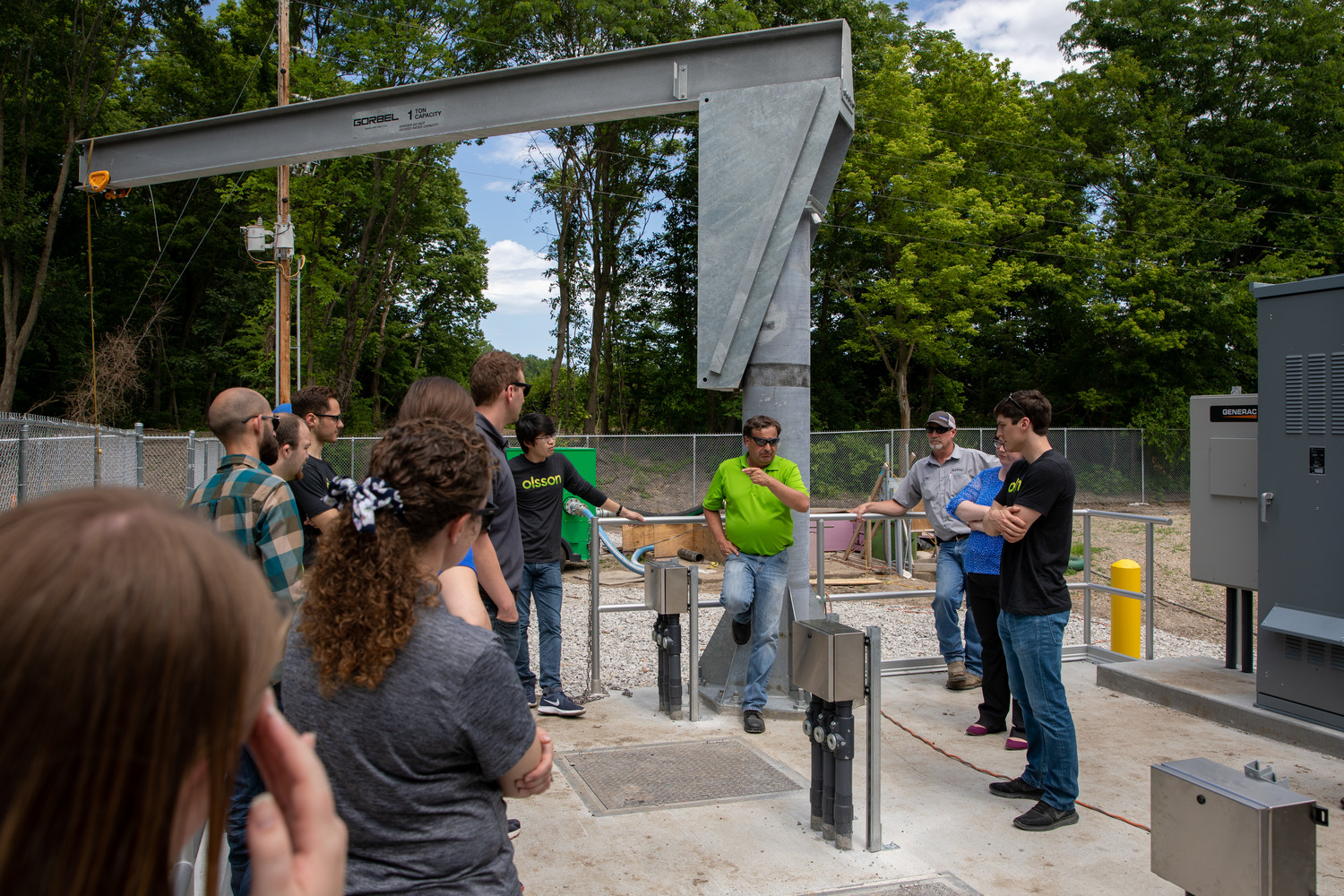 The firm’s relationship with Richmond is so strong that the city opens its wastewater treatment facility to Olsson’s interns and newly hired staff so they can learn more about wastewater engineering.

“We’re happy to have them come out and take a look,” Tonya said. “It’s good to talk with anyone from Olsson because it gives the firm and the city a chance to see things from both sides. It’s a win-win for us – we get to talk to them, and they get to know us better.”