Building Lasting Memories One Lego at a Time

Russell Beaty is a serious Lego builder. His wife and daughters are serious about the building bricks, too.

When your house includes a room dedicated to your collection, which numbers 88,000 pieces strong and includes a 7,500-piece Millennium Falcon, you know your love for Lego is real.

So, when Russell first told his family about the Olsson LEGO Challenge, they took the contest seriously.

“We decided right away we were in it to win it,” said Russell, team leader of Olsson’s Oklahoma Roads and Bridges team.

The Beatys came, saw, and conquered. A panel of judges deemed the Beaty family entry the best out of the entries submitted by 91 Olsson employees for the firmwide challenge. 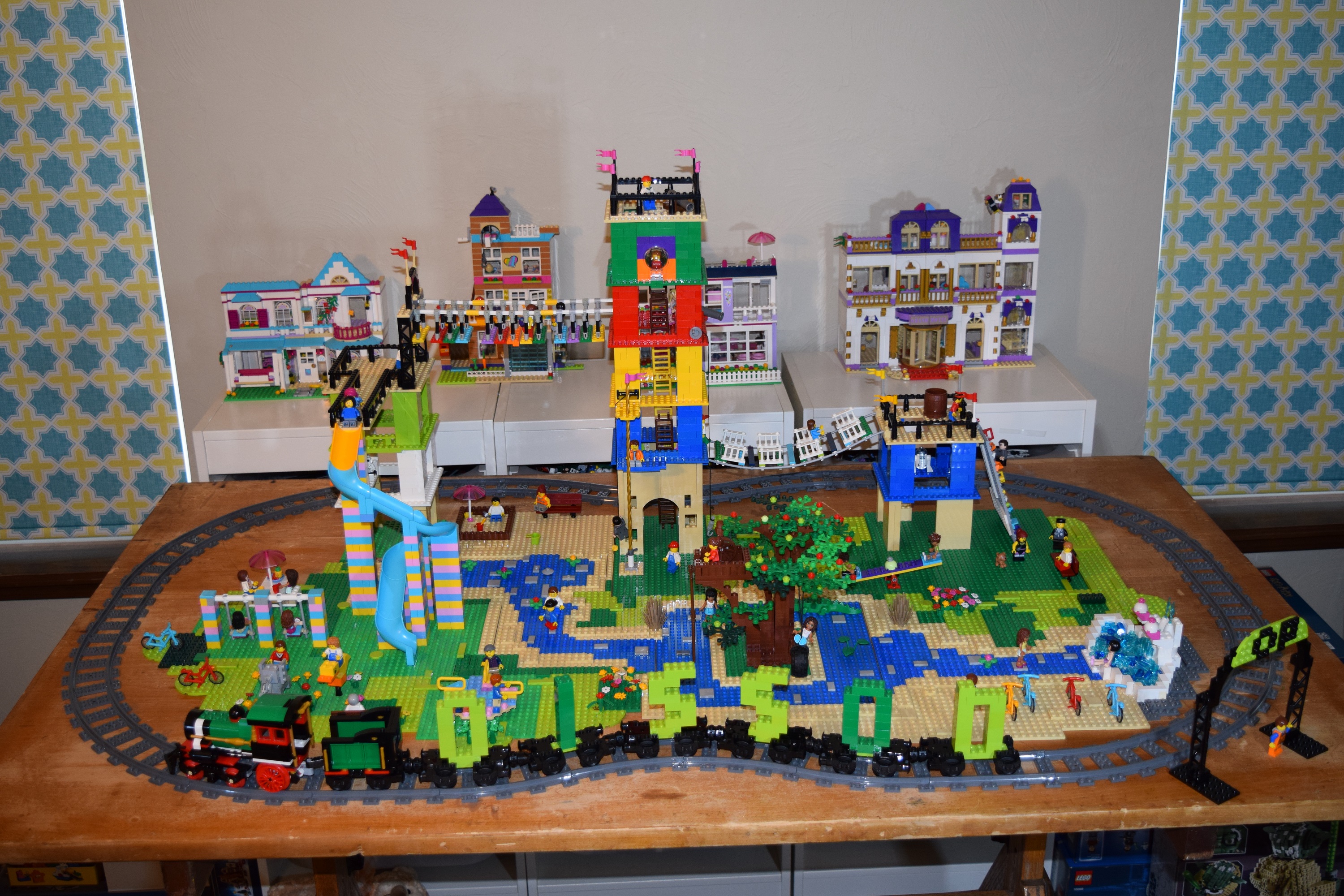 The winning entry from the Beaty family features towers, swinging bridges, and a train carring an Olsson sign.

Trisha said the purpose of the challenge was to provide an activity families or individuals could do during the COVID-19 pandemic when most Olsson employees are working from home.

Challenge guidelines issued by the engagement committee called for contestants to design a playground that was structurally sound and a little whimsical using only Lego bricks.

“In light of our current world situation with all playgrounds being closed because of the pandemic, we thought this would easily translate into our world,” Trisha said. “We wanted to bring some fun and lightheartedness into our daily lives.”

For the Beaty family, as soon as the theme was announced, they all went to work.

First, Russell’s oldest daughter, Amelia, started building a giant tree, the element everything revolved around. Russell’s youngest daughter, Maisy, started constructing a slide, commandeering pieces from several different sets to make it as tall as possible. Disa, Russell’s wife, created a merry-go-round as well as rides that looked like ducks and elephants. 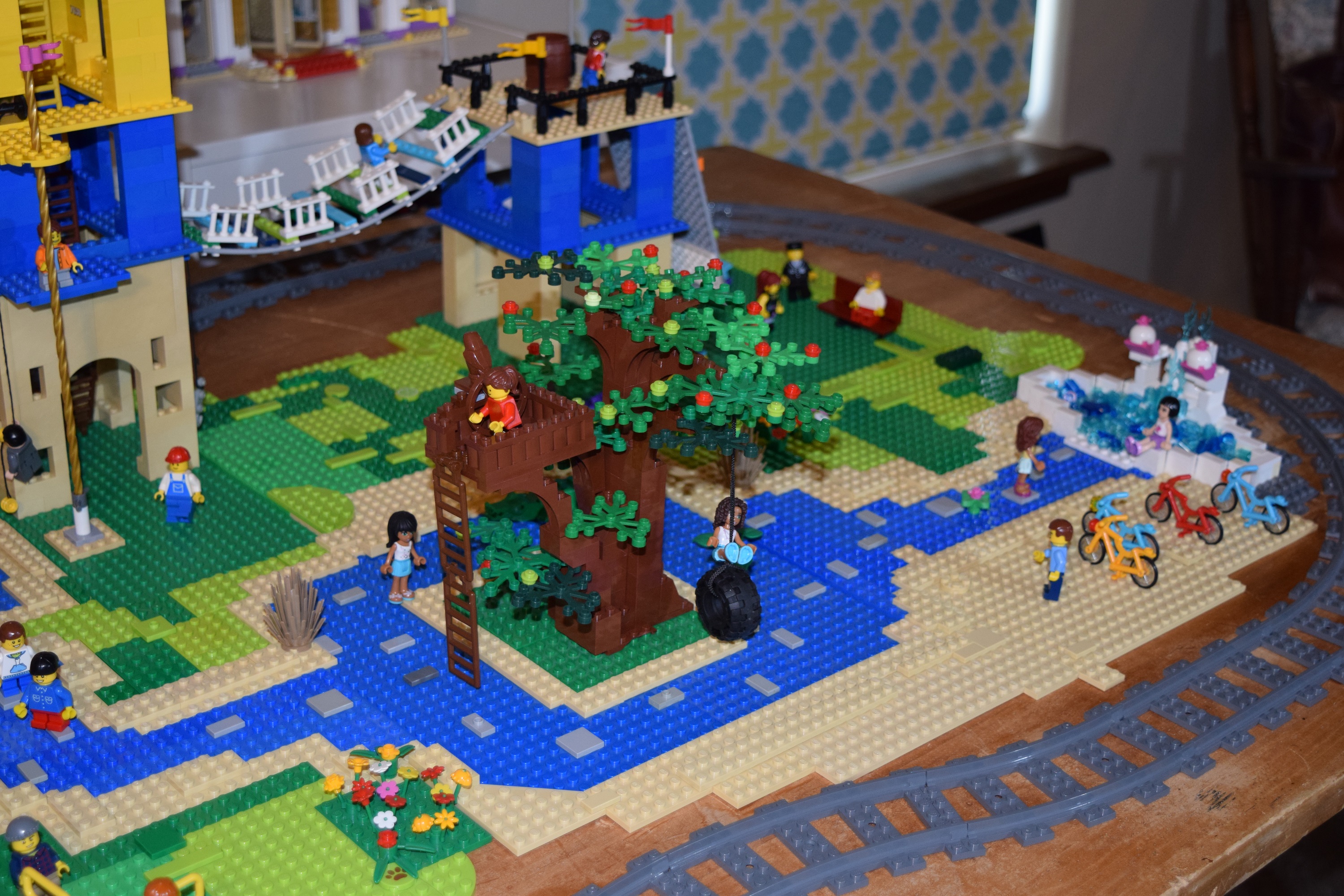 The first feature of the Beaty family's entry was a giant tree.

Russell dove into designing and building towers to anchor the playground. His inspiration for the towers came from the Gathering Place, a 100-acre riverfront park located in Tulsa, Oklahoma, that includes a five-acre playground.

“Gathering Place has a lot of really tall structures that kids can play in and climb up,” Russell said. “I thought it would be a cool thing to bring a piece of that playground into ours.”

Other inspirations came from a fountain in Italy that Amelia saw in a book and a small stream that winds through the Oklahoma City Zoo. The finishing touches included a couple of swinging bridges, a train (borrowed from the Beaty’s Lego Christmas train sets), and a giant Olsson sign.

Russell offered advice when it was needed, but everyone pulled their own weight.

“We all kind of did our own thing, and then I figured out how to integrate all the different pieces into the park and place them,” he said. “We’ve all done a lot of Lego building.”

It was the perfect family activity for the Beatys.

Dozens of Olsson families and employees enjoyed it, too, not just the firm’s engineers. The contest also merited the attention of the daily newspaper in Lincoln, Nebraska.

Chad TerMaat, who is the firm’s senior director of information technology, and his two sons placed in the top five, proving you don’t need an engineering degree to design a quality Lego project. 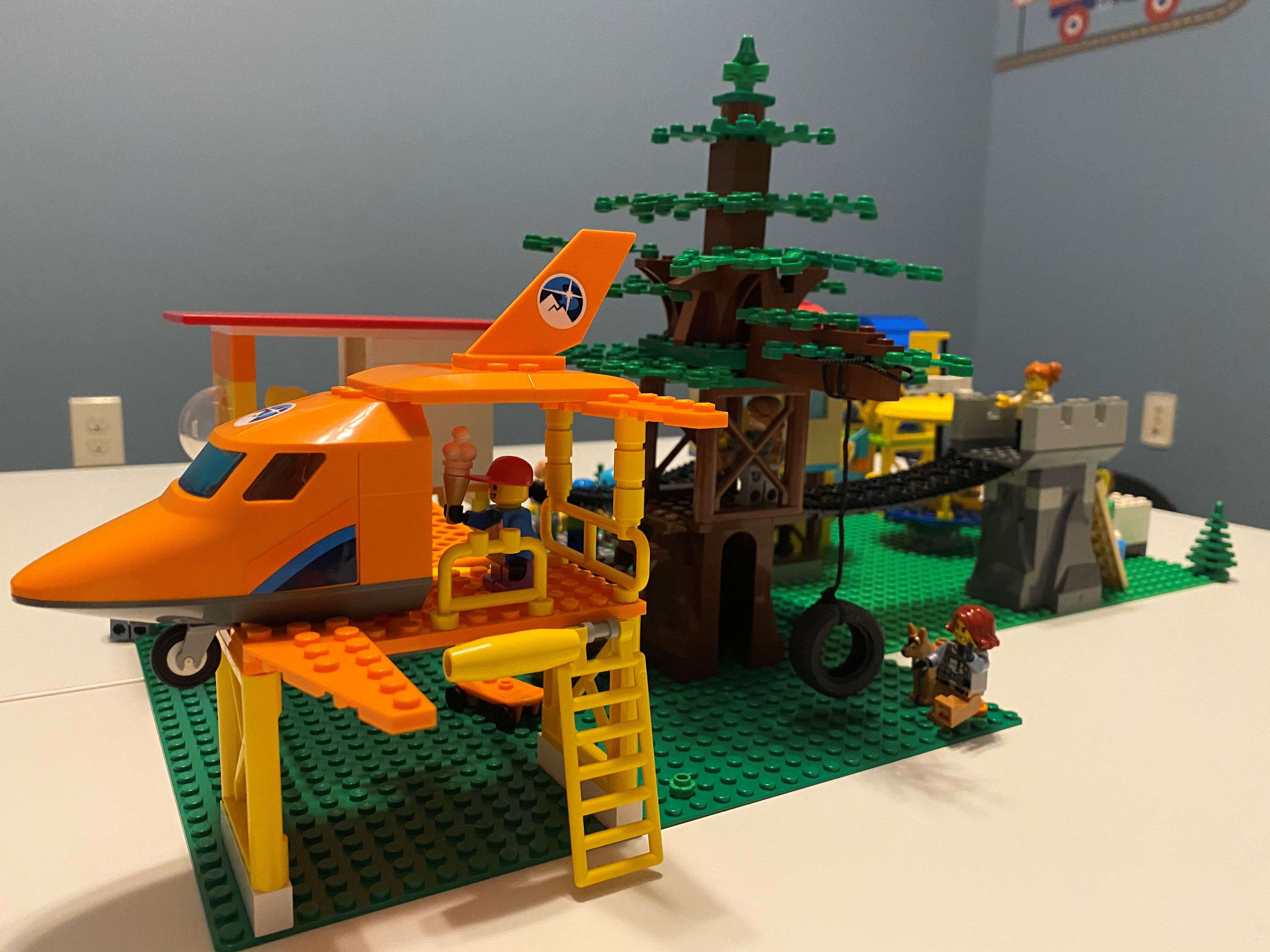 The playground designed by the TerMaat family featured the nose of an airplane.

The challenge was so well received that plans are already in the works for another one.

“Lego is such a treasured pastime for so many people – there is really something for all ages in building with Lego,” Trisha said. “It was kind of a given that engineers would like to get back to their roots and build with Lego bricks.”