As part of one of the fastest growing metropolitan areas in the United States, Springdale, Arkansas, is discovering that rapid growth can sometimes be problematic. However, officials at the Springdale Water Utility (SWU) view it a little bit differently. They believe growth is an opportunity to infuse innovation into a new lift station.

Springdale needed to build a lift station to serve the growing northwest portion of the city. The site is near residential and commercial areas that are ripe for development, and is situated within the heart of a major traffic corridor near the Northwest Arkansas Regional Airport.

Because the potential for development in the area is high, the design capacity of the lift station required an unusually large range of flows. Initial peak flows would be minimal. However, when the area is fully developed, calculated peak flow would be about 4,600 gallons per minute (gpm).

As a result, SWU staff needed to establish a design precedent for lift station infrastructure that would blend visually with the expected development while seamlessly meeting the subsequent rapidly increasing demands. That’s when the utility called Olsson.

Our wastewater team began working with SWU to find the right location that would have the least likelihood of flooding, would ensure the lift station fit aesthetically with the surrounding neighborhoods, and would house all components to shield it from the public’s view. In addition, a split wet well system with a baffle wall was included in the design to allow crews to do maintenance work without having to shut down the lift station.

We served as the primary design firm for the project. Our work included a site study and site recommendation, process design, civil site and drainage design, structural and architectural design, assistance with bid services, construction administration, and landscape design.

Our design included great flexibility so the facility could handle ultimate capacity with very little modification.

In addition, the facility was designed to mitigate the impact to the surrounding residential area, including provisions for aesthetics, odors, and noise. The structure that houses the Spring Creek lift station looks like a house, complete with a front porch and landscaped yard so it fits in with the rest of the neighborhood. An odor control system and emergency power generator were included inside the building, and sound insulation panels were used to dampen the noise from the generator. More importantly, the lift station is equipped with features that allow for ease of access, remote monitoring, employee safety, and the necessary components that will triple capacity at the time of anticipated expansion. 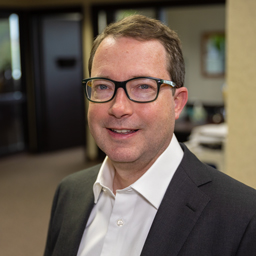