We prepared construction documents for the widening of the three-span Pima Road Bridge over the Arizona Canal along the future northbound Pima Road alignment. The bridge had to be designed in four months and constructed before roadway construction and during the Salt River Project’s (SRP) planned dry-up period.

The project involved intense coordination with SRP and private utilities to relocate fiber-optic and electrical lines to allow for the drilled shafts foundation construction. Approach roadway geometry was updated to allow for the future northbound roadway tie-in to the bridge. Olsson led the design and coordination efforts with the construction manager at risk (CMAR) contractor and other stakeholders with a common goal of completing the substructure construction during the one-month canal dry-up.

Because the bridge had to be designed in four months and then constructed during the SRP 30-day dry-up period, our team held biweekly coordination meetings with multiple agency stakeholders, SRP, and private utilities to present and resolve design issues in a timely manner. We prepared exhibits for the City of Scottsdale and all stakeholders to review. These exhibits showed the proposed bridge and future roadway improvements and illustrated impacts to the right-of-way, canal access roads, and utilities that were in conflict. This resulted in consensus and the ability to provide utility relocation design for the private fiber-optic lines and the SRP overhead and underground power lines.

We were also able to obtain all the necessary clearances and permits before finalizing the plans, and we avoided potential redesign while still maintaining the project schedule. 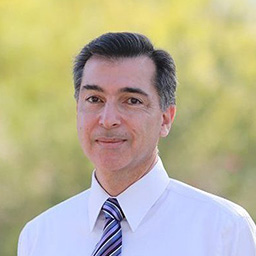