UNL’s Nebraska Innovation Campus (NIC) is located next to the City of Lincoln’s Theresa Street Wastewater Treatment Plant (WWTP). With 1.8 million square feet of building space to heat and cool, we designed a system that provided significant amounts of energy in an innovative, efficient, and renewable manner.

The system is known as Centralized Renewable Energy System (CRES). CRES is an innovative approach to heating and cooling buildings using the heat from the City of Lincoln’s treated wastewater. Currently, there are less than a dozen similar projects in the United States. CRES is one of the largest and has the most unique properties among similar facilities.

Only thermal property is transferred between the two systems. The effluent water is then returned back to the treatment plant discharge point into Salt Creek. The effluent water temperatures range from 57-75 degrees Fahrenheit depending on the time of day and the time of year. This water is more stable than a typical closed-loop geothermal heat pump loop where temperature degrees can range from low 40s to the upper 90s. This adds to the CRES efficiency and electrical energy savings.

The system began operating August 2014, and, at full, future expansion, will pump an estimated 24 million gallons of water per day to heat and cool NIC buildings.

This project was the winner of the 2015 ACEC Nebraska Engineering Excellence Honor Award. 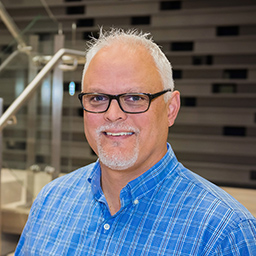