Lake Thunderbird is located east of Norman, Oklahoma. The state park offers camping, hiking, and a variety of water sports that include swimming and boating. The lake also serves as a drinking water source for Norman and two other cities. In November 2013, the Oklahoma Department of Environmental Quality (ODEQ) finalized a Total Maximum Daily Load (TMDL) study and report on Lake Thunderbird. The ODEQ determined the reduction of pollutants was needed to meet federal water quality standards. The lake contained too much nitrogen, phosphorous, and chlorophyll-a, and didn’t contain enough dissolved oxygen. This condition is caused by agricultural practices, fertilizer usage, and other contributing urban and rural factors.

Due to the high level of pollutants, the ODEQ designated Lake Thunderbird as a Sensitive Water Supply (SWS). An SWS classification is given to bodies of water that contain or convey pollutants in a rate that is above the safe rates established by the Environmental Protection Agency (EPA). The City of Norman hired us to develop compliance and monitoring plans that would reduce the amount of pollutants discharged into the lake.

Our team surveyed all of the rivers and creeks contributing into Thunderbird Lake from Norman and came up with a plan to limit the amount of pollutants discharged into the lake.

The ODEQ had done a Hydrological Simulation Program – FORTRAN (HSPF) model of the watershed. Olsson took the model and adjusted it based on the firm’s watershed plan.

The plan wasn’t aimed at cleaning up the lake, but slowing the rate of pollution going into it and allowing the lake to begin to heal itself.

“To help any water body you must stop pollutants from going in before you can help that body of water,” Reza Khakpour, our water resources team leader in Oklahoma City. “So, this program will effectively stop the bleeding, so we can help the patient.”

The City of Norman implemented our monitoring plan. Norman, Moore, and Oklahoma City are monitoring pollutant levels for one year. The next step for the three cities is to reduce the pollutants found in creeks and streams. 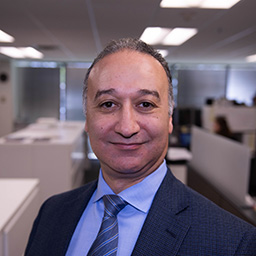