Arcadia is an affluent neighborhood in east Phoenix that experienced frequent flooding and ponding upstream of the Arizona Canal. The deluge was due to stormwater originating from the Camelback Mountains. To mitigate flooding, the Flood Control District of Maricopa County and the City of Phoenix proposed a regional drainage system to capture and convey stormwater from Arcadia to the Old Cross Cut Canal, which drains to the Salt River.

We served as the prime consultant for the Lafayette Interceptor Drain and Outlet, which was the second segment of this regional drainage system. The storm drain system consisted of about 10,160 linear feet of reinforced concrete pipe that varied in size from 24 inches to 102 inches in diameter along the project’s route. The project also included the following:

The system provides a drain for floodplain ponding, intercepts stormwater before it ponds behind the Arizona Canal, and removes stormwater from the local streets.

The project team faced a number of challenges during design and construction. Arcadia is a well-established area with many historic and distinct neighborhoods. We worked closely with the public to ensure that neighborhoods would maintain access during construction, disruptions would be minimized, the unique character of the neighborhood would be maintained, and mature vegetation would be protected. A custom-catch basin type was designed to blend-in with the unique character of the neighborhood.

Through effective value engineering, the project team realigned the storm drain to avoid the intersection at Camelback Road and 44th Street. This eliminated major utility conflicts, reduced traffic impacts, and provided a better drainage solution that increased the capacity of the existing storm drain system at the intersection.

In 2014, this project was the winner of the American Council of Engineering Companies (ACEC) Arizona Engineering Excellence Honor Award. 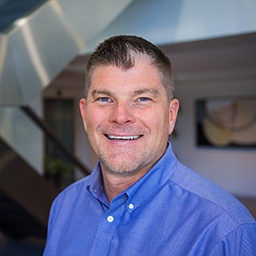