Originally developed in 2002, the “Smart Moves” initiative articulated a vision for how transit should serve the Kansas City metropolitan areas in the years and decades ahead. Since that time, interest in expanding and enhancing the area’s transit service has continued to grow. The “Smart Moves” plan designated select regions that were classified as significantly “urban” as optimal locations for transit corridors. We were selected by the Mid-America Regional Council (MARC) to develop a plan that would implement an expanded regional transit system in these locations. MARC needed a consultant that possessed significant transit planning expertise in addition to extensive knowledge of local transit history and issues.

Our transit planning team led a group of officials, planners, and transportation providers in the Kansas City metropolitan area to build upon the “Smart Moves” plan, which was subsequently updated in 2008. Olsson’s work included determining how to implement additional Bus Rapid Transit (BRT) routes, commuter rail feasibility, and streetcar lines into an integrated system. We developed an operations plan that outlined refining costs and building a regional consensus on a funding strategy that would best serve the long-range transit plan. We completed an implementation plan that examined transit service timing and phasing at 10-year and 20-year intervals, costs of service, financial strategies for each of the seven participating counties, governance of the system, and opportunities for service integration between existing providers and service types.

MARC is a valuable client to our firm, one that represents the variety of interests of numerous stakeholders throughout the region. These interests are not always compatible with one another, so consensus building is almost always a key element to any project undertaken on behalf of this client.

Although developing a cohesive regional funding strategy may be challenging, we are prepared to overcome these obstacles by achieving buy-in from multiple stakeholders through ongoing and frequent engagement. As efforts to progress this plan move forward, we are well-positioned to take lead roles in any and all work that needs to be done to see this plan from paper to reality. 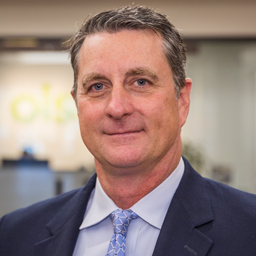