In 2014, the Oklahoma Department of Transportation (ODOT) solicitated bids to replace a set of structurally deficient bridges on I-35 that cross Deep Fork Creek in Oklahoma City. Another set of bridges that were located about a quarter-mile from the I-35/I-44 intersection and crossed over 63rd Street, were also considered at risk and in need of replacement.

Our firm was awarded the contract to perform survey, environmental studies, preliminary engineering studies, and preliminary and final design plans for the two sets of bridges. During this time, we proposed that ODOT commission a study to identify potential design options to mitigate future construction associated with the bridge improvements. ODOT agreed.

During the study phase, we reviewed and analyzed the existing interstate highway and site information, studied multiple alignments, and selected the alignment we preferred. As a result, bridge replacements will be constructed to accommodate the existing configurations and future configurations of the interchange.

We completed the National Environmental Policy Act (NEPA) process to guarantee that federal funds would be used. We also held public meetings to educate area residents about the project’s scope and timeline.

During the design phase, our team completed detailed designs, calculations, and construction plans for stormwater drainage, grading, surfacing, construction traffic control, and bridge replacements for the improvements of I-35.

What started out as straightforward bridge replacements has turned into a three-phased project that will not only provide safe infrastructure but will enhance the interchange and allow traffic to flow more efficiently. This project will widen I-35 from two to three lanes in each direction, improve safety, and increase the capacity of the interchange by reconfiguring exit lanes from left- to right-lane, which is more familiar to drivers.

Phase two will begin in 2020, and the entire project is scheduled to be completed in 2022. 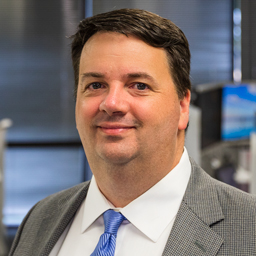