We provided technical soils evaluation, design, and management plans for the new landscape design at the Gateway Arch National Park in St. Louis.

A key reason behind the extensive renovation project of Gateway Arch National Park (GANP) was to better tie the park to the City of St. Louis, Missouri. The park, formerly known as the Jefferson National Expansion Memorial, celebrates the nation’s westward expansion, but the park was mostly cut off from the rest of the city by a sunken section of a major interstate highway.

The National Park Service approved a new landscape design of the GANP. A major component of this project involved regrading and revegetating the park grounds surrounding the arch. Much of the GANP area and nearby downtown locations are built on old demolition debris from the city’s riverfront industrial area and were covered with river sediment and relic clay soil.

Maintaining vegetation on the park grounds has been difficult since the park opened in 1965. Keeping vegetation healthy and alive required massive inputs of irrigation, fertilizers, and frequent replacement of vegetation that could not survive the poor soil conditions.

Our knowledge of regional and site soils, including drainage, structural stability, and surface soil, has been essential for achieving a successful, sustainable landscape at GANP. Our team of scientists evaluated site conditions and soils to assess issues affecting plant sustainability and the potential for bettering soil conditions without wholesale replacement. New soil brought in was blended with the existing soil to benefit the sustainability of the vegetation systems. Doing this allows the vegetation to establish more quickly and develop stronger, deeper roots.

The design included a “lid” over the freeway that connects the GANP to the Old Courthouse in St. Louis County. We designed soil for the area to support vegetation, and this soil had to be hearty enough to withstand high volumes of pedestrian traffic leading from downtown into the park. Our team also helped with the soil work for Kiener Plaza adjacent to the courthouse and for an open area of native plants and grasses that replaced a parking garage at the northern part of the GANP. 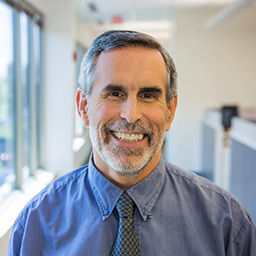