Arizona State University’s (ASU) football team has a unique and long-standing tradition, but it is one that takes place out of the public eye. Nearly every year since 1960, ASU has held a portion of fall practice at Camp Tontozona near Payson, 90 miles from the school’s campus in Tempe.

Late-summer rains in Payson often turned the field at Camp Tontozona into a quagmire. The field is in a flood zone, and the grass field became unusable for up to two days at a time, which means the Sun Devils either missed two days of practice or coaches scrambled to make other arrangements.

ASU officials reached out to the Olsson team in Arizona to design a new practice field with modern amenities, such as easy access to electrical power, so coaches can communicate with players during practice. Our firm is prequalified to work on ASU projects.

Camp Tontozona’s playing field is located near Tonto Creek and is surrounded by substantial slopes. Runoff from the hills and swelling from the creek frequently flooded the field during seasonal rainstorms. ASU needed an NCAA-grade field used for both football and soccer that could drain quickly after rainstorms.

Our team designed a field with a limited grade. We recommended installing an artificial surface (AstroTurf was ultimately chosen) over a foundation that allowed for better, faster drainage, even in the heaviest of storms. To further protect the field, we designed a retaining wall on the northern end of the area, and an area with riprap to the west. Grouted riprap installed into the surface serves as a gutter, channeling runoff into the drains.

Additional upgrades to the field included power to the sidelines for a removable scoreboard, timer, laptops, and other equipment; field striping for multipurpose field use; and relocating leach field rims, lids, and manholes out of the artificial surface.

The project was finished spring 2019. 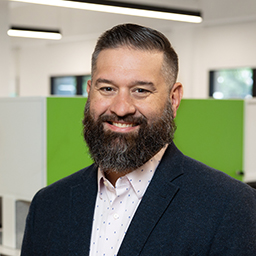