Preserving a Legacy to Honor Those Who Served

“There was a lot of heartburn, especially among the veterans, when they found out it was leaving Grand Island,” said Jeff Palik, who has served as Olsson’s Greater Nebraska office leader since 2012. “When Mayor Jeremy Jensen took office, one of his priorities was to do what is right for the local veterans and get the land deeded back to the city.”

Mayor Jensen successfully petitioned the state to deed the 640-acre property back to the city. The property holds significant historical value to the Grand Island community in that it housed veterans from all wars and conflicts since the Civil War.

Much of the land is used for agricultural and recreational purposes. The plot of land is located on the northern edge of Grand Island and is split into two sections by Old Highway 2. The Veterans Home campus, Veterans Cemetery, and a parking area leased to the United Veterans Club remain on the property and take up about 20 acres. 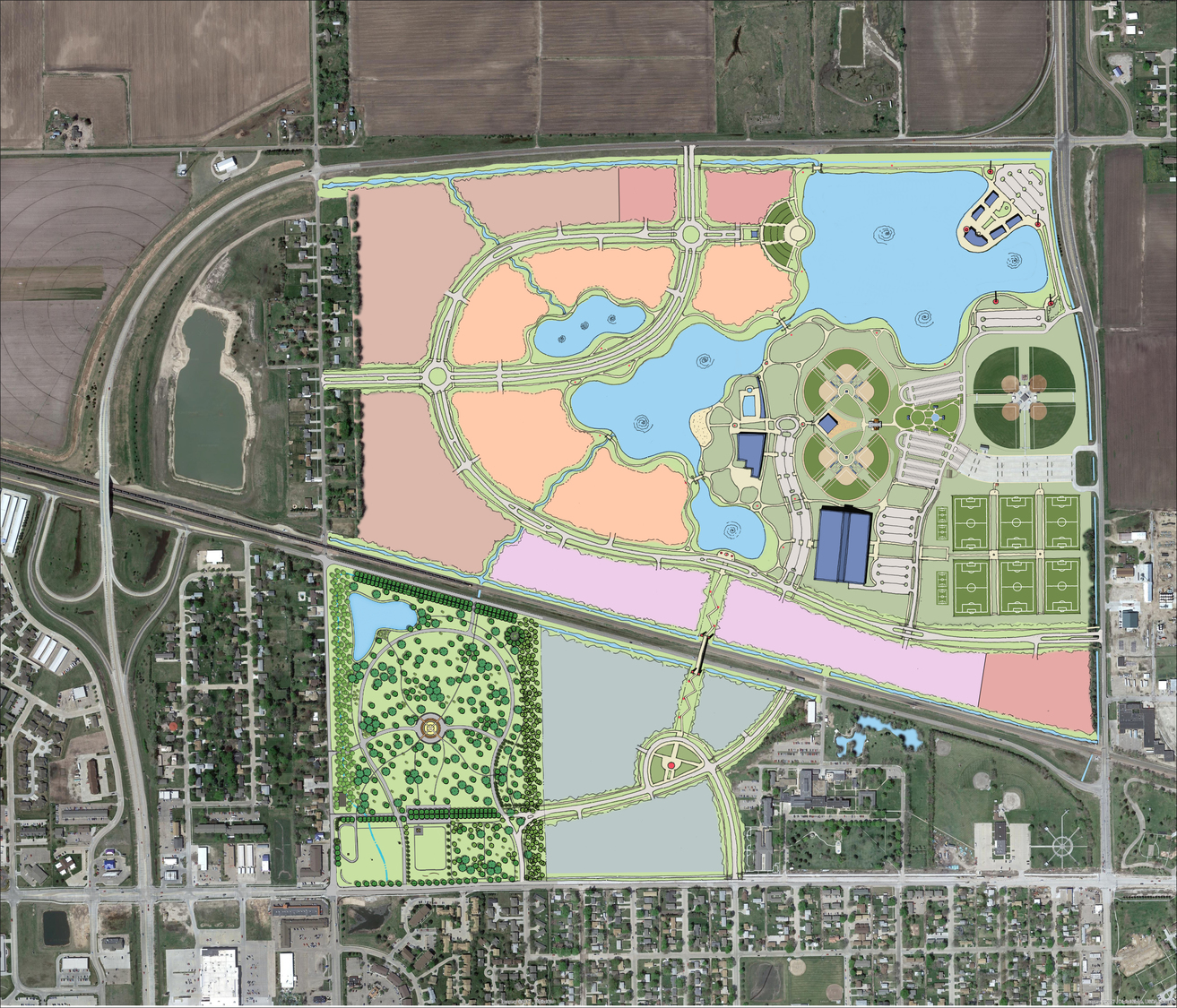 The Olsson Studio developed a master plan for the Central Nebraska Veterans Home.

The process of developing the master plan for the site came after much deliberation and feedback from stakeholders. It was a true community partnership.

The Olsson Studio’s plan also took into consideration findings from existing plans and studies for the Veterans Sports Complex, the cemetery, a community housing study that included strategies for affordable housing, and the city’s comprehensive development plan.

“The guiding factor that we based this plan on was the desire to acknowledge and honor veterans on a grand scale,” said Ken Boone, vice president of the Olsson Studio. “At the same time, we wanted to create a place that met the community’s growing need for quality of life enhancements and economic develop opportunities. I think this plan does both well.”

As a result, given the large amount of land, the site’s location, and the utility infrastructure, buildings and recreational facilities already in place, the Olsson Studio determined the site would be ideal for mixed-use development that could drive economic development.

From there, the team sought input from the entire community, conducting public surveys, holding a charrette that included six key stakeholders, and hosting an open house for the public.

“When you look at the master plan, it’s not something we came up with. This is the community’s plan,” Ken said. “We wanted to be their tool, their pencil, their idea generator. The community came together to decide what fit and what didn’t. What they came up with was a very unique area that includes something for everyone.”

Rather than view Old Highway 2 as a constraint, Ken’s team divided the site into two areas. The overall planning objective of the north area is to create a connected, multi-use, multi-user, and active atmosphere, with a regional draw. It also allows Grand Island officials the chance to define the city’s edge and implement opportunities for economic development.

This area will eventually include enhanced waterfront areas; a sports complex that will feature fields for baseball, softball, and soccer, a fieldhouse, and a splash park; land for commercial development; mixed-use land (for office/dining); a community center; land for a business park; and much more.

The area south of the highway will continue to be defined by the Veterans Cemetery, the United Veterans Club, and Veterans Park. The existing Veterans Home Campus buildings are important community and historic assets and, as such, the campus can be reimagined as a way to honor history and spark economic growth by turning it into an educational space or an innovation campus.

This won’t happen overnight. This will be a project 20 years in the making as the city identifies developers that can make the master plan a reality.

However, work has already started on the site. Olsson is working with the city to create and expand the Veterans Athletic Field Complex by adding six new fields, a concession stand/restroom building, a splash pad, and a park.

“When this is complete, this will be a development never seen before in Grand Island,” Jeff said. “This will reshape the northern part of the city, and it will be unique. I think this could spur a lot of growth when it’s all said and done.”

When Ken and the Olsson Studio team first heard about the project, they jumped at the chance to be a part of it because of the passion the community had for the land and because it provided a chance to honor those who served in the military.

“Olsson’s team in Grand Island is great to work with and they care a lot about the community,” Ken said. “This project is important to our people, the mayor, and the city, and that got us excited about working on the project. Second, my family includes many former servicemen, so the opportunity to create something great and do something terrific to honor veterans and their service to our country made it even more special.”