Olsson South Building Is Topped Out

Our new sister office building in the West Haymarket area of Lincoln, Nebraska, is starting to take shape. Workers topped out the four-story building on the afternoon of March 20 when the final beam was placed atop the structure.

Fittingly, the last beam was colored Olsson green and was signed by many of our employees and tenants of the new building. 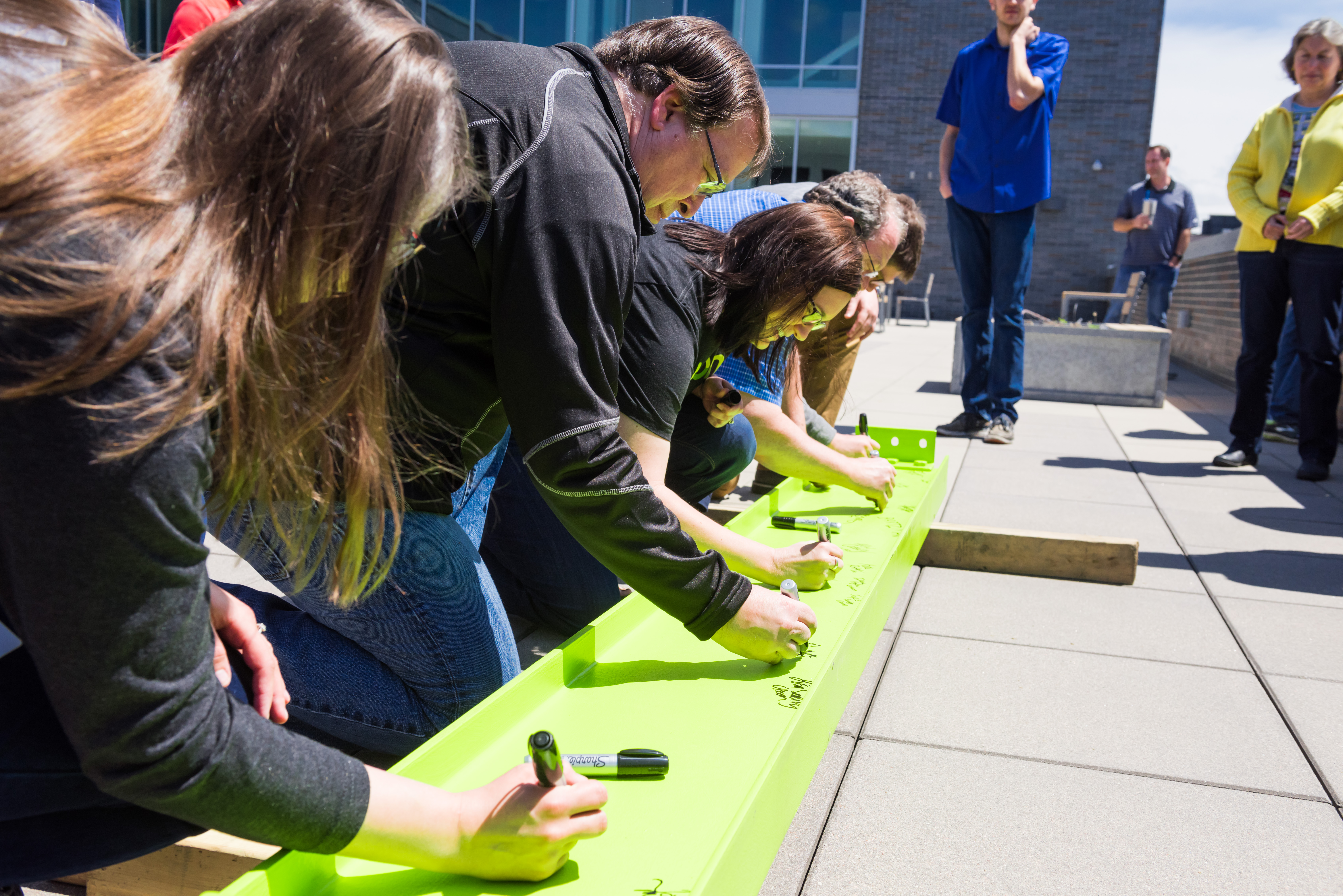 The building is expected to be completed in early 2020, and we’ll occupy the third floor.

When it opens, the building’s office space will be near full capacity.

Financial services firm D.A. Davidson & Co. and Lutz, an accounting firm, recently announced they will be relocating their Lincoln offices to Olsson South. D.A. Davidson plans to consolidate its three Lincoln locations into one on the fourth floor of the new building. Lutz, moving from the Olsson Building, will triple its space with the move.