Imagine high school soccer, tennis, softball, and baseball players spending as much as 30 minutes a day driving to different places to practice after school. Imagine every home game being equally far away. That was reality for certain athletes at St. Pius X Catholic High School in Kansas City, Missouri. They’ve never experienced the home field or court advantage until now.

The high school launched a capital campaign to raise funding to expand its athletic facilities. The funding was used to purchase 45 acres of land about one-half mile from the school. On the site now is a new sports complex that includes a soccer field, softball and baseball fields, eight tennis courts, a full track, and a cross-country trail. St. Pius X hired Olsson to lead the project. 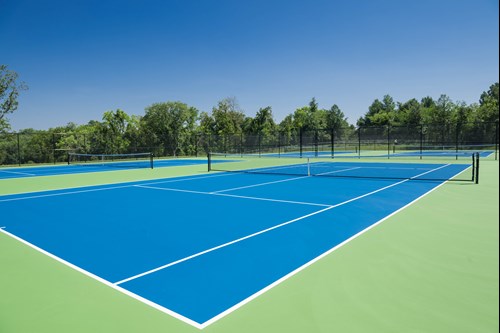 “There is a football field and a gymnasium for basketball and volleyball at the high school, but students in other sports had to go to numerous locations for practices and games,” said David Eickman, project manager. “We sat down with school officials, analyzed their needs, shared ideas and concepts, and helped determine the scope of the project. The goal was to create a space that incorporated all the sports that didn’t have fields or facilities available at the school.”

“We discussed the school’s wants and needs and developed a program and budget for the project,” said Darren Varner, senior landscape architect with the studio. “The site presented a challenge being heavily wooded with a lot of topography. We took advantage of the grades and formed an earth seating bowl around the home plate areas for baseball and softball. We used the site ridgeline as a pedestrian spine connecting tennis, parking, the ballfields and the future spectator amenity building. In the end this provided St. Pius X something that is uniquely its own.” 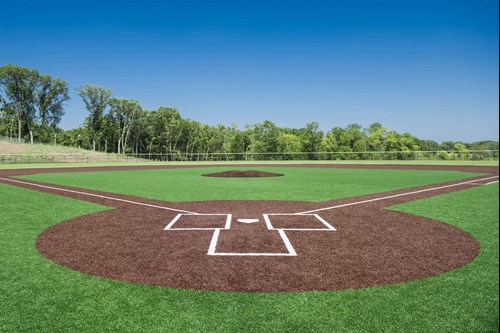 A ballfield at the new athletic complex

“The field will be used heavily, and synthetic turf is durable, cost effective, easier to maintain, and isn’t affected by weather conditions. It’s game ready at all times,” said David.

Cross country runners used to hitting the pavement in nearby neighborhoods will now get to experience nature on the new trail. The 1.75-mile trail winds up and down hills and through wooded areas and crosses a stream corridor by way of a pedestrian bridge. 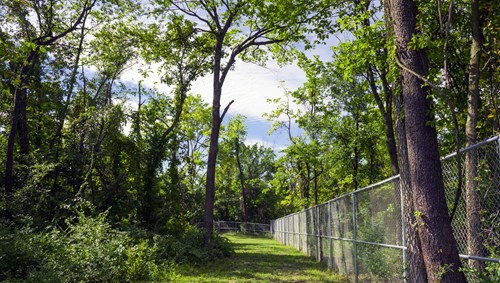 “There’s been a lot of excitement and buzz when you walk through the school. Students and faculty are excited. Parents are excited. When we look at the end result, we knew it was going to be great, but it turned out even better than expected,” David said. “The complex is something special that the school didn’t have before, and not only is it serving the school, it will serve the community as well.”

The new athletic complex will cut travel time and increase playing time. It provides a venue to host numerous sports events and allows for centralized home fields and courts to attract more fans.

And in anticipation of those fans, there’s a new entry drive, and a large paved parking lot with overflow areas to accommodate hundreds of vehicles.

The entire complex opened in August of this year.